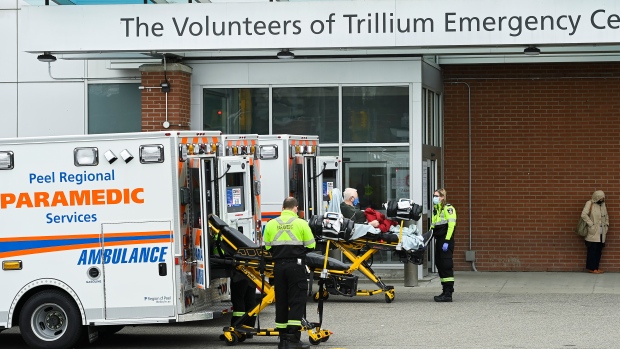 The number of people hospitalized with COVID-19 is now 21 per cent higher than it was when Ontario entered a provincewide lockdown in December and a new report from a panel of scientific experts advising the Ford government warns that it could be weeks “until the full burden to the healthcare system becomes apparent.”

The report from Ontario’s science table reveals that variants of concern now account for 67 per cent of all cases in the province and are starting to have a “substantial impact” on the healthcare system due to a higher likelihood of hospitalization and even death.

They also say that the presence of the variants are driving a rise in hospitalizations involving younger people.

“This is not a benign issue with these variants for people under 50 who felt that maybe with the initial COVID It wasn't a big deal. This for you now is a big deal,” Ontario’s Chief Medical Officer of Health Dr. David Williams said during a briefing on Monday afternoon, prior to the release of the report to the public. 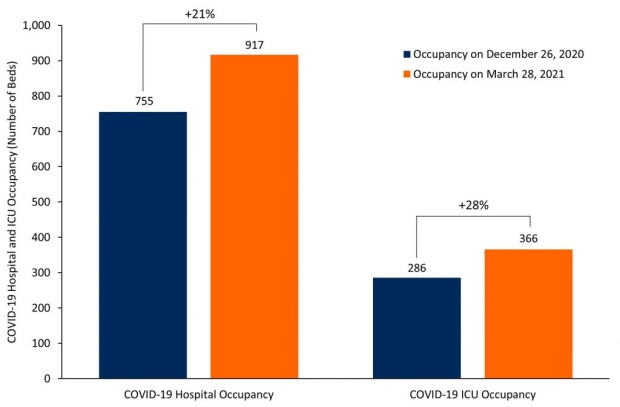 There are now 382 people receiving treatment for COVID-19 in intensive care in Ontario hospitals and the number could soon surpass the second wave peak of 400 reached on January 19.

Case counts are also surging, at a time that the Ford government is loosening some public health restrictions.

Some restrictions lifted despite rise in cases

In recent weeks, the Ford government has altered the rules for lockdown zones to allow dining on bar and restaurant patios and increase capacity for weddings, funerals and religious services in some cases.

It has also indicated that it will permit personal care services in areas under lockdown as early as April 12.

The report from the science table doesn’t make any specific policy recommendations but it does warn that the new variants will result in a “considerably higher burden” to the health care system than was observed during the second wave.

Back then a number of GTA hospitals had to transfer patients as far away as Kingston to free up capacity for COVID-19 patients.

“Because the increased risk of COVID-19 hospitalization, ICU admission and death with VOCs is most pronounced 14 to 28 days after diagnosis, there will be significant delays until the full burden to the health care system becomes apparent,” the report warns.