Crime rate rose in 2018 but country still safer than a decade ago, StatCan says 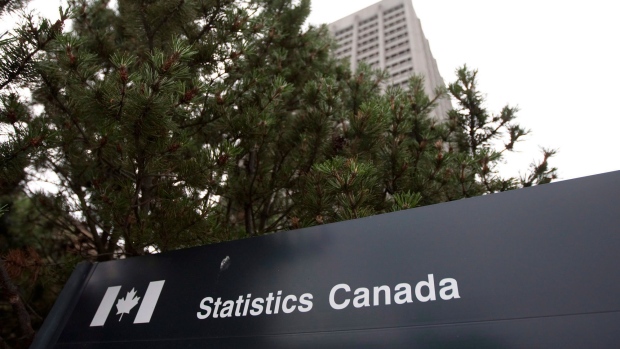 OTTAWA -- The country's crime rate ticked up again in 2018, for a fourth year in a row, according to Statistics Canada.

The national statistics agency said Monday the overall crime rate was up two per cent over last year, with over two million incidents reported by police in 2018. That works out to a rate of 5,488 incidents per 100,000 people.

The severity of crime also rose by two per cent, according to a Statistics Canada calculation called the Crime Severity Index.

But Statistics Canada noted both the rate and severity of crime were still substantially lower than they were a decade ago, both down 17 per cent since 2008.

The crime rate in Canada peaked in 1991 and has been in dramatic decline since then, falling by more than 50 per cent until 2014. Since 2014, however, the rate is up just over eight per cent. Most of the movement in the crime rate is the result of changes in non-violent crime.

The increase in the severity of crime from 2017 to 2018 was driven largely by higher rates of fraud, shoplifting and other thefts, the agency said.

A class of sexual assault, incidents that did not involve weapons or evidence of bodily harm, was also up significantly, with an increase of 15 per cent. The increase was broad-based, with every province and territory except the Northwest Territories reporting higher rates.

The crime-rate numbers published by Statistics Canada are based on data from Canadian police forces, so they do not include crimes that weren't reported to police.

Sexual assault, along with a 44-per-cent increase in extortion, were the main factors behind an uptick in the level of violent crime of one per cent.

But while violent crime overall increased, the homicide rate reversed an upward trend over the last few years by declining by four per cent in 2018.

The decline in homicides was region-specific: big decreases were seen in Alberta and British Columbia, but Ontario homicides increased substantially.

That increase was led by Toronto, which experienced its highest crime rate since 1991, Statistics Canada said.

And Indigenous people continue to disproportionately be the victims of homicide. Though they make up five per cent of Canada's population, they were 22 per cent of homicide victims.

Statistics Canada also noted a decrease in hate crimes in Canada, down 13 per cent after they spiked in 2017. That year there was a 47-per-cent increase in the number of hate crimes reported by police, with large increases in Ontario and Quebec.

Statistics Canada noted the rate of hate crimes continues to be higher than any other year since 2009.