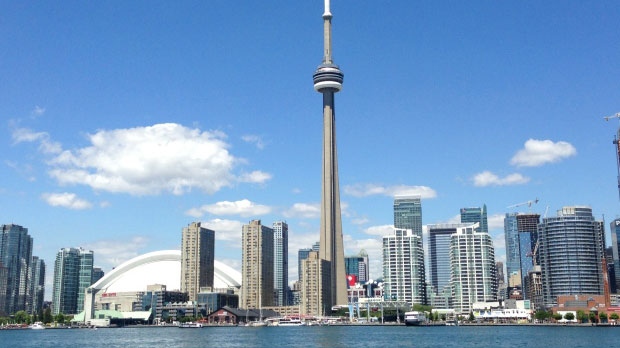 Toronto has invested in world-class sports facilities since its last bid to host the Olympics, but some experts say the city must do more to foster sports and recreation in the community if it hopes to make -- and win -- a third pitch for the Games.

Concerns over residents' access to sports and recreation were raised during Toronto's bid for the 2008 Summer Olympics, and some in the sports community say the city still struggles to keep up with demand for public sports infrastructure despite the construction of new elite venues for the Pan Am and Parapan Am Games.

The city still lacks a "realistic, sustainable" plan to bolster sports and physical activity and make them more accessible to lower-income residents, said Bruce Kidd, a University of Toronto expert on Canadian sport and the Olympics.

"While we started that, we haven't done it significantly," he said in a recent interview. "We've got to do a much better job."

New rules set by the International Olympic Committee emphasize social as well as economic sustainability. "If they walk the talk, they'll be asking about that and they'll want evidence of a much greater investment in sports and physical activity in Toronto than we have now," Kidd said.

Talk of another Olympic bid began before the Pan Am Games ended on July 26. The Canadian Olympic Committee is firmly in favour, but Toronto Mayor John Tory says he wants to wait until after the Parapan Am Games -- which end Saturday -- to make a decision.

Cities interested in hosting the 2024 Summer Games have until Sept. 15 to formally express their interest.

An Olympic bid could be the catalyst the city needs to invest in crucial neighbourhood facilities, said Heather Mitchell, chair of the Toronto Sports Council, an organization created to promote sports after the 2008 failed bid.

"The City of Toronto does its best to keep up with the demand but there just aren't enough fields of play," largely due to budget restrictions, she said.

Cricket enthusiasts are forced to play in nearby Brampton, while soccer fields and baseball diamonds are chronically overbooked, she said. Many pools are located in schools and only available during limited hours, she added.

A municipal report commissioned after Toronto's last bid found the city was lagging behind in both the number and quality of sports facilities.

In 2012, the city projected it would have an accumulated maintenance and repair backlog of nearly $300 million for its parks and recreation facilities by the end of the year, documents show.

Aside from the new Pan Am venues, not much has changed since then, Mitchell said.

The organization is pushing for the city to develop a formal sports strategy that would lay out priorities for the next five to 10 years -- a move Mitchell said would dovetail with a possible bid.

"If you're sitting on city council and you've got this bid coming forward and you don't have a good sense of what you've already got and what the demands of your own community are, this plan would do that for you," she said.

City staff are working on a framework for such a strategy and will report back to council's community development and recreation committee.

The head of the committee said the city is making strides in supporting local sports, pointing to the new soccer, aquatics and track-and-field facilities built for the Pan Am Games as well as a new four-pad arena in west Toronto.

"I think there's been a dramatic shift for Toronto, with a great emphasis not only at the professional level of investing in sport but also the amateur level and the recreational level," Coun. James Pasternak said.

Still, he said, "when it comes to sports and recreation, you can always do more."