Crown says it will not appeal decision to grant Turcotte bail 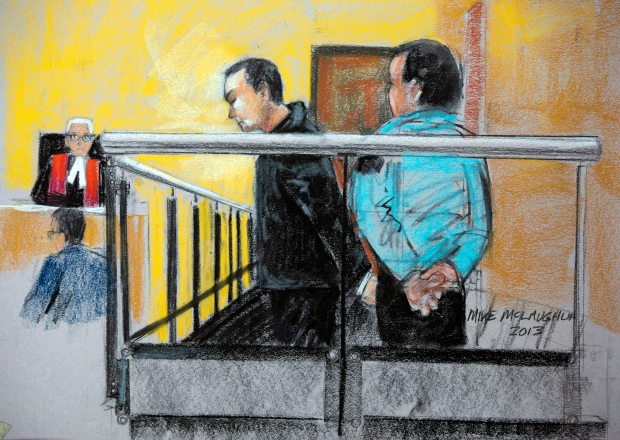 A court artist sketch shows Guy Turcotte during his appearance at the courthouse on Thursday, Nov. 14, 2013 in St. Jerome, Que. (The Canadian Press/Mike McLaughlin)

MONTREAL -- A former doctor charged with killing his children will remain free pending his trial as Quebec's Crown prosecutor's office said Monday it would not appeal the matter further.

Guy Turcotte was granted bail last September while awaiting his first-degree murder trial, which is scheduled to begin in the fall.

In December, the Quebec Court of Appeal affirmed a lower court's ruling that Turcotte was not a danger to society and could remain out on bail without undermining the public's faith in the judicial system.

The Crown, who'd sought to have Turcotte's bail revoked, said in a terse statement it would not seek to appeal that decision to the Supreme Court of Canada.

It did not give any reasons for its decision, but time would have been tight as Turcotte's second trial is scheduled to begin in September.

Turcotte was found not criminally responsible in 2011 in the fatal stabbings of his two children, Olivier, 5, and Anne-Sophie, 3.

He briefly spent some time in a mental hospital before being released.

The original verdict was overturned by the appellate court in 2013 and a new trial was ordered.