Cyclist dies after being struck by vehicle in Clarington 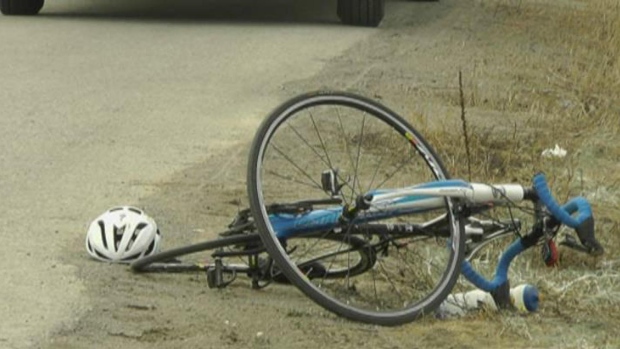 A bicycle lies at the scene where a male cyclist was struck and killed in Clarington Sunday April 5, 2015.

A 60-year-old cyclist from Bowmanville is dead after being struck by a vehicle in Clarington Sunday morning.

The incident happened at the intersection of Bloor Street and Solina Road shortly before 11 a.m., Durham Regional Police said.

The man was declared dead at the scene, police said.

The 21-year-old woman who was driving the Pontiac sustained minor injuries and was released after being checked out at a local hospital, police said.

The intersection was closed for much of the day as police investigated the collision.

Anyone with information about the incident is being asked to contact Durham Police.