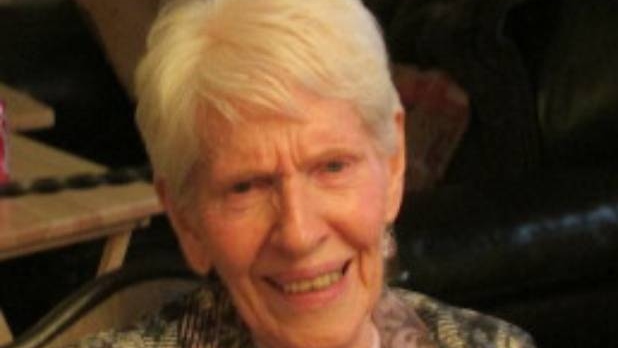 Iris Roper is shown in this handout photo. Roper died on April 20 after contracting COVID-19 at Ballycliffe Lodge long-term care home in Ajax.

The daughter of a 93-year-old woman who died after contracting COVID-19 at an Ajax nursing home has launched a $30 million lawsuit against the facility and its parent company over its alleged failure to “institute reasonable measures” to prevent the spread of the virus, according to a statement of claim.

The lawsuit filed by her daughter Margaret Roper on June 23 is a proposed class-action on behalf of all Ballycliffe Lodge residents but would still need to be certified by the courts to go ahead.

In the 21-page statement of claim, Roper alleges that Ballycliffe Lodge was slow to react to the COVID-19 pandemic and was effectively guilty of “gross negligence,” “breach of contract” and “wrongful death.”

She said that despite the World Health Organization’s decision to officially declare COVID-19 as a global pandemic on March 11, her mother was still allowed to “move freely” throughout the home for weeks.

She said that Ballycliffe Lodge also continued to permit residents to sit together in its dining room for three meals a day up until April 3.This despite the fact that a facility-wide outbreak was declared at the home on March 26.

“The gross negligence of Ballycliffe Lodge is reflected in the fact that the onset of the facility-wide outbreak of COVID-19 at Ballycliffe Lodge commenced on March 26, 2020 and the dining rooms were not closed until April 3, 2020,” Roper’s lawyer Gary Will said in a statement provided to CTV News Toronto. “Ballycliffe Lodge did not protect Iris Roper from COVID-19 as from March 11, 2020 to April 3, 2020 she was allowed to move freely throughout Ballycliffe Lodge before she was confined to her room, where she was then attended to by staff who had improper or inadequate personal protective equipment which had been contaminated by repeated usage.”

The statement of claim makes a total of 11 different allegations against the facility and its parent company Chartwell Master Care Corporation, including that they “failed to comply with directives issued by the Chief Medical Officer of Health and orders issued by the Government of Ontario that related to preventing COVID-19 from infecting residents.”

The statement of claim also accuses the facility of failing “to institute reasonable measures to prevent COVID-19 from infecting residents, such as undertaking proper screening of visitors and practicing social distancing.”

In a statement provided to CTV News Toronto through her lawyer, Margaret Roper said that her mother had four children, nine grandchildren and four great grandchildren and was “a true spirit” who is “dearly missed.”

She said that she considers it her duty “to push for an investigation” into the tragedy at Ballycliffe Lodge, where 33 residents died after contracting COVID-19.

“Those that are responsible for this state of affairs must take responsibility and be held accountable. That is the reason I decided to go forward with this action on behalf of all the residents of Ballycliffe,” she said.

Chartwell Master Care Corporation has yet to file its response to the statement of claim in court but on Friday a spokesperson for the company told CP24 that it responded to the COVID-19 pandemic with “immediate and sustained actions,” including “enhanced infection and protection protocols and screening and resident monitoring. The spokesperson said that the company also complied “with all government directives,” including mandatory visitor restrictions.

“Every single death in one of our homes is one too many. We are sorry that in the midst of COVID-19 and its devastating effects on the senior population that we were unable to avoid the effects of this terrible virus for all of our residents,” Vice President of Marketing and Communications Sharon Ranalli said. “We extend our sympathy to all families of those directly impacted by this pandemic.”

None of the allegations contained in the statement of claim have been proven in court.