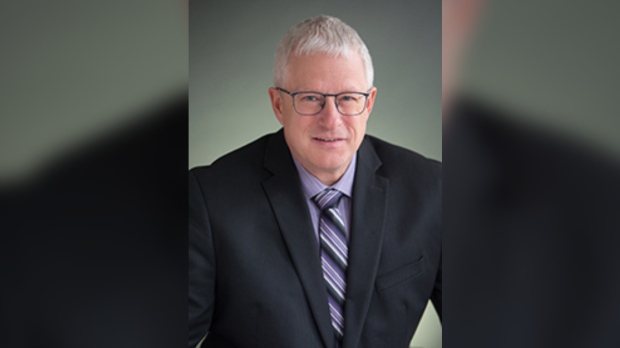 Richmond Hill’s new mayor vowed Tuesday to work together with the rest of council to get things done at city hall as he was officially sworn in.

Few people were in attendance due to physical distancing rules, but the ceremony was streamed on YouTube.

“I want to thank Richmond Hill for the confidence you have placed in me,” West said. “I promise I will be a mayor that serves the interests of you, the people of Richmond Hill, and it's always been important to me that we build our community together.”

West said that his first order of business will be having a meeting with the city clerk to determine a process for filling his now vacant seat for Ward 4 on council.

Following that, he said, “we need to very quickly turn our attention to some very important and large issues.”

Specifically, he named the official plan review process for the city.

“With the public and other stakeholders, we need to lead the rest of this process for an excellent plan that can be finalized and will guide our growth and development in Richmond Hill in the future,” he said.

West also said that in the short term his priority will be to “correct our course on a number of issues that we have dealt with over the last few years.” He also alluded to some “difficult decision ahead.”

While he did not list them, he said that the voters have sent a clear message that they want council to work together “to serve you, the community.”

“I want to initiate a positive change and renew culture at city hall. We need to ensure city hall is working and listening and the people feel welcome to participate and share their thoughts and ideas,” West said. “I will work with existing members of council to ensure that there are opportunities for the public to be heard on important issues that affect them.”

West beat out eight other candidates in a byelection that was held on Monday.

Official results released by the city of Richmond Hill on Tuesday show he won with 13,053 votes. Fellow Councillor Godwin Chan came in second, with 10,167 votes. Two other council colleagues – Carmine Perrelli and Joe DiPaola – came in third and fourth, respectively.

Overall voter turnout amounted to 32 per cent. Approximately 93 per cent of the votes were cast online, the city said.

Mayor West will serve out the remainder of the current term, which ends on November 14, 2022. He was first appointed to council to fill a vacancy in December 2013 and was elected to represent Ward 4 nearly a year later.

West’s byelection victory comes after Mayor Dave Barrow announced in September that he would be stepping down from his role in order to focus on his family.

NOTE: An earlier version of this story said West planned to hold a byelection as soon as possible to fill the seat for Ward 4. He in fact said he plans to have a meeting immediately to determine the process for filling the seat.