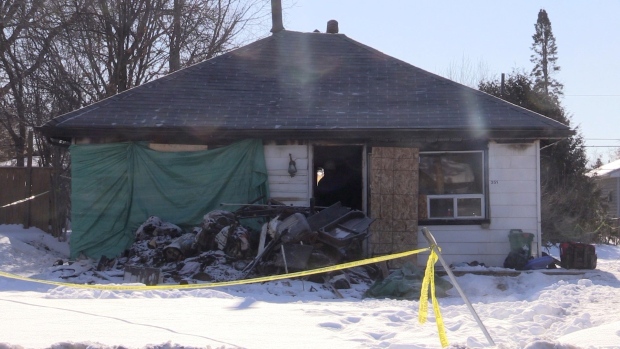 An 85-year-old woman found dead after a house fire in Georgina last Saturday was the victim of a homicide, York Regional Police say.

On Jan. 15, just after 5 a.m., emergency crews responded to a fire that broke out at a residence in the area of Miami Drive and Lake Drive South.

When crews arrived, the home was fully engulfed. Police said the homeowner, Sandy Gauthier, was found dead inside her residence.

On Friday, police announced that following a post-mortem examination, Gauthier's death was deemed a homicide.

As a result, York Regional Police's homicide unit has taken over the investigation.

"She was a lovely person. To me, somebody knew she lived alone. It's horrible. The family must be devastated," Ida Laszlo, a neighbour, told CTV News Barrie on Friday.

"To find out that it was a homicide, oh my god. Why? I keep asking why?"

The cause of the fire has not been determined and is being investigated by the Office of the Fire Marshal, along with Georgina Fire Service and York Regional Police.

"This is a terrible tragedy in our community and serves as a reminder that we all need to be checking our smoke alarms regularly," Georgina Fire and Rescue Services Chief Ron Jenkins said in a statement.

Police are asking anyone with information or has video surveillance or dash cam footage of the incident to contact the homicide unit at 1-866-876-5423 ext. 7865 or Crime Stoppers anonymously.

- with files from CTV News Barrie