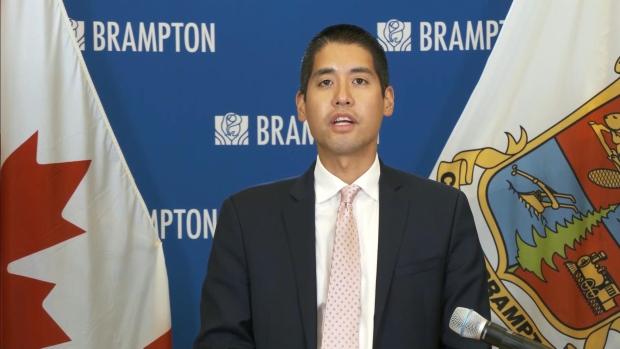 One of the key figures in Peel Region’s response to the COVID-19 pandemic over the last two years is stepping down from his role.

Peel’s Medical Officer of Health Dr. Lawrence Loh will be beginning work as the executive director and CEO of the College of Family Physicians of Canada in September, succeeding Dr. Francine Lemire.

News of the departure comes just two months after he was awarded the key to city by Mississauga Mayor Bonnie Crombie.

At the tim'e, Crombie called Loh a “healthcare hero” and credited him with making “some pretty unpopular decisions” which ultimately saved lives.

“Dr. Loh brings with him an established track record in physician leadership, teaching, research, and administration spanning five government agencies at all three levels of government in two different provinces,” the college said in a news release issued Wednesday. “His work with the team at Peel Public Health received national recognition for working collaboratively with the community and taking difficult, evidence-based decisions that saved lives and limited the impacts of the pandemic in one of Canada’s hardest hit communities.”

Loh was appointed as Peel’s interim medical officer of health at the onset of the COVID-19 pandemic in March. He was then given the permanent job in July, 2020.

During his time with Peel Public Health, Loh helped to oversee one of Ontario’s biggest vaccination campaigns while using the power of his office to introduce a number of restrictions aimed at reducing the spread of COVID-19.

He was also a frequent presence at press conferences, at times strongly advocating for introduction of paid sick days, something the Ford government eventually did following significant public pressure.

At this point it remains unclear when Loh will formally step aside as Peel's top doctor.

In a message posted to Twitter on Wednesday afternoon, Crombie said that Mississauga will be "forever grateful" to Loh "for his leadership and advice during a difficult and uncertain time in our history."

"Thank you for protecting the health and safety of our residents and for setting us on the path to recovery," she said.