A Toronto strip club where as many as 550 people may have been exposed to COVID-19-positive employee was not following proper physical distancing guidelines when it was inspected, officials say.

Toronto Public Health warns that those who attended the Brass Rail Tavern at 701 Yonge Street between Aug. 4 to 8 should monitor themselves for symptoms for the next 14 days as an employee of the establishment tested positive for the virus on Thursday.

Dr. Vinita Dubey of Toronto Public Health says that upon inspection, the Brass Rail was not following physical distancing guidelines and its log of visitors was incomplete.

"We have issued them a notice of non-compliance and we will be going back today for another inspection."

The club remained open on Friday. 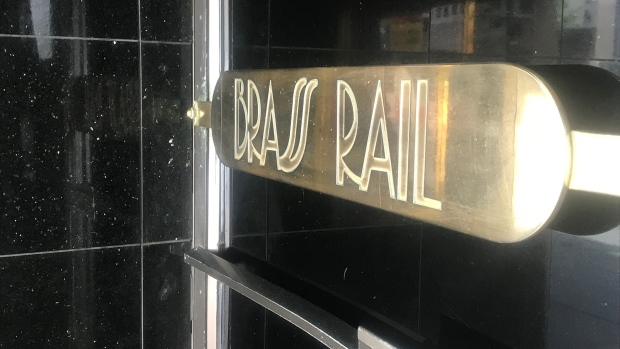 Dubey said they have followed up with all known close contacts of the employee and all of those contacts are self-isolating for two weeks.

They say the Stage 3 guideline requiring all patrons to provide a phone number on entry also helped them reach out during the contact tracing process.

But Dubey suggested some patrons did not give proper contact details to the club upon entry.

"It's up to customer, to leave their names and a correct number," she said.

Dubey said those worried about providing their personal information should know it can only be shared with Toronto Public Health and must be destroyed after 30 days.

The incomplete logs prompted officials to send a news release alerting the city to the infection on Friday. 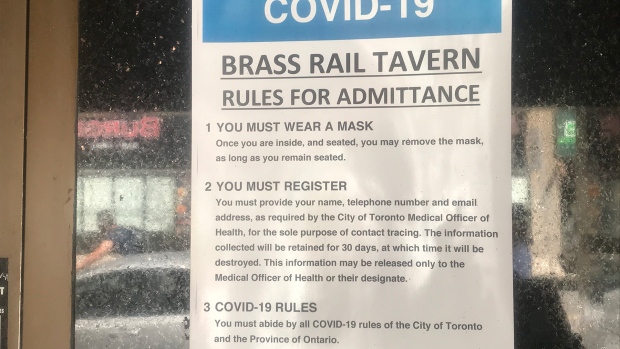 Toronto Mayor John Tory said the fact patrons had to provide contact details helped the tracing process and proved why it should be mandated across Ontario.

"It proves why a contact log is something that is useful. It's something that we fought to have in all of the rules and regulations as part of Stage 3. I just hope that the results of all the follow-up that TPH is doing shows that no one contracted the virus from this person."

Toronto Public Health says 550 patrons and employees made their way through the establishment during the times the infected employee was at work.

Officials say anyone who develops symptoms should contact them and attend a COVID-19 assessment centre.

The establishment re-opened to the public on July 31 as the city was allowed to enter Stage 3.

Management of the Brass Rail did not respond to requests for comment made by CP24 on Friday.

Speaking about the infection and the city's response, Ontario Premier Doug Ford said strip clubs are no different than any other publicly-accessible business.