Draft vaccination policy for federal employees says even those working from home must be vaccinated: union exec 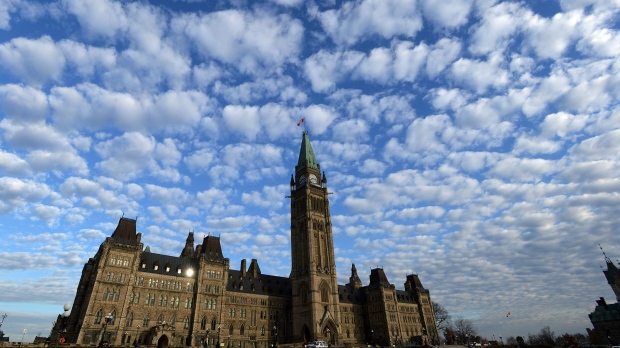 OTTAWA - Even federal employees who work from home will have to be vaccinated to keep their jobs if the government's draft mandatory-vaccine policy stands, according to one union executive.

Stephane Aubry, vice-president of the Professional Institute of the Public Service of Canada (PIPSC), says the draft, as well as other communication between unions and the government, suggests that the Treasury Board is leaning toward making vaccination a condition of employment.

He says that would mean workers would need to be fully vaccinated, even if they work from home or outside of the country.

Prime Minister Justin Trudeau promised in August, just before calling an election, that his government would make vaccinations mandatory in federally regulated workplaces, including for anyone boarding a plane or train.

Since then, Treasury Board officials have been working out the details, in consultation with the affected unions.

Trudeau is scheduled to make an announcement about vaccines on Wednesday.

PIPSC represents 60,000 members, mainly scientists and professionals employed by the federal government, as well as some provincial and territorial workers.

“If it was more based on the type of work, then it could have been more granular and be more specific to those that are front-line workers, that are requested to go back to the office,” Aubry said in an interview Tuesday.

“Making it a condition of employment would apply to everybody, independent of where they are physically working from.”

The Canadian Press has not seen the draft policy or verified its contents.

In a statement Tuesday, the Treasury Board of Canada Secretariat would only say that officials have been working on plans to implement the requirement for vaccines across the public service and engaging with bargaining agents and other stakeholders.

The government announced its intention to mandate vaccines for the federal workforce on Aug. 13.

After the election, Trudeau said it would be a priority of his re-elected Liberal government.

“The public service and the unions have been working on that over the past number of weeks,” Trudeau said at a press conference on Sept. 28.

The final policy will be subject to government approval.

Aubry said unions are pushing to find out what kind of accommodations could be made for unvaccinated workers, particularly those who cannot receive a shot for COVID-19.

They also want to know what will happen to those who choose not to comply.

“Disciplinary loss of salary, loss of jobs, we're concerned it could go that way,” he said. “And for those that have a reason, how will they provide those reasons that they cannot be vaccinated?”

Simply making COVID-19 vaccines a condition of employment would not cover contractors or visitors in federal workplaces either, he said.

Several unions have raised concerns about how the government intends to verify employee vaccine status, and Aubry said he also wants to know how that confidential health information will be stored.

“It would not be the only organization that does capture private information, so we expect that they will have procedures behind that,” he said.

Public-service unions have been allowed to provide feedback on the draft and a final version is expected soon.

All bargaining agents can do for now is advocate on behalf of their members while the government finesses the final draft. Only after the policy is finalized can the unions file a grievance if they don't feel their workers are fairly treated.