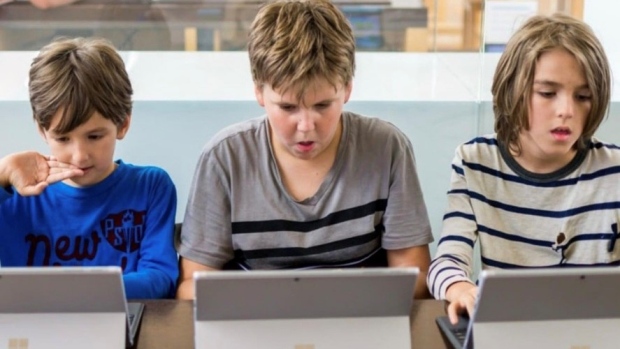 Brothers Alex, Coen, Riley, are seen in this undated photo provided by Peel Regional Police. The three brothers were killed in a house fire in Brampton.

The family of three boys who died in a fire in Brampton, Ont. last week say a drive-past commemoration event will be held on Sunday to honour the brothers.

The boys, identified as 15-year-old Coen, 12-year-old Riley and nine-year-old Alex Bagan Overholt, died in hospital after being pulled from their burning home near Torbram Road and Clark Boulevard on Jan. 20.

“There are no words to accurately express and convey the heartache we are feeling with the loss of Coen, Riley and Alex,” the family said in a new statement released on Wednesday evening.

“The boys were incredibly helpful, kind and good humans, but more than anything, they were, and continue to be, deeply loved by so many. We know their personalities will brighten the afterlife and continue to shine within all of our hearts.”

The cause of the fire is being investigated by the Office of the Fire Marshal in parallel with police. The fire broke out around 9:11 a.m. and when crews arrived, they encountered heavy flames and smoke.

Mayor Patrick Brown said that one of the boys called 911 to report the fire and told the dispatcher that he was stuck inside.

He said it took six minutes for the first firefighters to arrive at the home, but the fire had already spread. Police arrived at the scene first and attempted to get to the boys, but were blocked by the flames and smoke.

The family said the boys' mother, Heather Bagan, was not at the home at the time of the fire as she went to drop off her youngest child at his daycare. When she returned, the residence was already engulfed in flames.

In their note on Wednesday, the family thanked the Brampton community for the “kind words, generosity, prayers and understanding.”

They said that while the services for the three boys will be private, a drive-past event will be held for community members to pay their respects to the three brothers and support the family.

The drive-past event will take place at the Brampton Funeral Home at 10061 Chinguacousy Road in Brampton on Sunday from 4 p.m. to 6 p.m.

They are reminding those planning to visit to remain in their vehicles and follow a designated path. The family is also asking make a donation in the boys’ names to Autism Ontario in lieu of flowers.

“While we are appreciative of the support and compassion we have been shown, we continue to ask for our privacy to grieve as a family.”