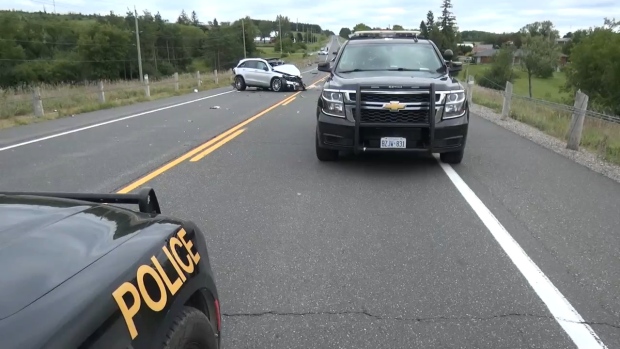 Police are investigating a fatal crash on Highway 35 in Kawartha Lakes.

One person is dead, and another was injured after a three-vehicle collision on a highway in Kawartha Lakes Thursday afternoon.

The Ontario Provincial Police say they were called to Highway 35, south of Highway 7A, around 3:30 p.m. for a crash.

One driver was pronounced dead at the scene, the OPP said.

An injured passenger was taken to hospital. There is no immediate word on their condition.

The OPP have closed Highway 35 between Highway 7A East and Waite Road for the investigation.