Eight-station subway closure in effect this weekend in Toronto 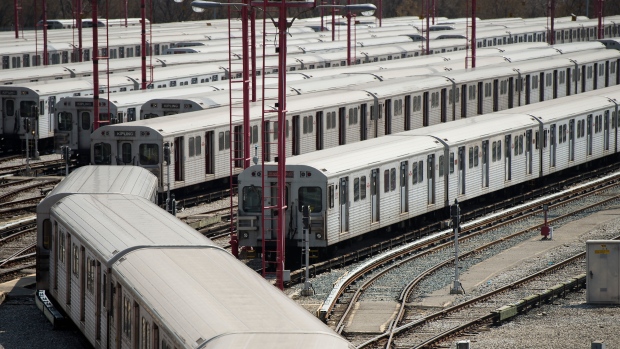 Subway trains line up in a TTC yard in Toronto on Thursday, April 23, 2020. THE CANADIAN PRESS/Nathan Denette

Residents hoping to take advantage of the first week of reopening in Toronto will have to navigate a number of TTC closures and temporary delays.

The closures will begin over the weekend and will impact eight stations on Line 1. On Saturday and Sunday, there will be no subway service between Finch and St. Clair stations due to construction of the Eglinton Crosstown LRT and work on the TTC’s signaling system.

Shuttle buses will run regularly and stop at each station. The 97 Yonge bus and the University side of Line 1 are operating and could be used as an alternative during the closure.

There are also some nightly closures and disruptions planned for this week.

Between June 14 and June 17, a portion of Line 2 between Woodbine and Kennedy stations will be closed nightly around 11 p.m. for track work.

Shuttle busses will run along Danforth Avenue during the closure and all stations will remain open for fare sales and access to surface routes and Line 3.

Subway trains on Line 1 between Vaughan Metropolitan Centre and Pioneer Village stations will alternate use of northbound tracks after midnight next week due to leak remediation work on the southbound tracks.

Customers may experience longer than normal wait and travel times as a result, the TTC warns.