Election has been mostly free of mis- and disinformation, research shows 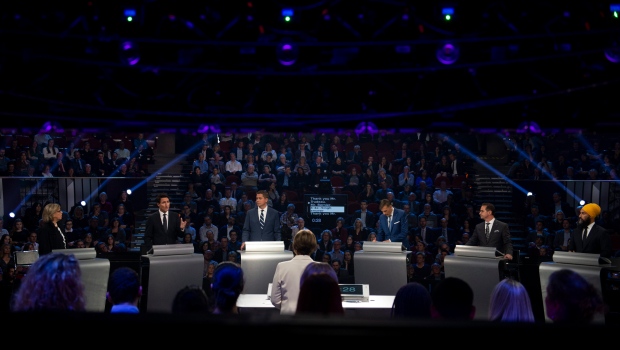 TORONTO -- Canada's election has so far been "largely clean" but misinformation and disinformation may start emerging during the final week of the campaign, a researcher warns.

The Digital Democracy Project, an initiative from the Public Policy Forum and McGill University's Max Bell School of Public Policy, collaborated with New York University's Center for Cybersecurity to look at ads on Facebook during the first several weeks of the election.

Laura Edelson, a researcher with the NYU centre's Online Political Transparency Project, said there has so far been no evidence of foreign activity through Facebook ads.

"Generally speaking, we have seen a largely clean election, with much less of a kind of misrepresented advertiser (or) misinformation kinds of content that we have seen it the U.S. and the U.K.," she said.

"If disinformation ads come out, my suspicion is they will come out the last week."

A report from the Digital Democracy Project says that the Cambridge Analytica scandal -- in which the firm used Facebook users' data to try to influence U.S. elections -- shed light on how social media could be used to sway campaigns.

"With traditional advertising, political campaigns can only reach broad audiences -- such as newspaper subscribers, or viewers of a certain television show -- and their spending is strictly regulated," the report says.

"But with social media advertisements, political parties and their supporters can fine-tune their messages to highly specific audiences, without the rest of the country knowing what information their friends and neighbours are receiving."

The project did find what it called troubling examples of partisan ads from two groups purporting to be fact checks. Between Sept. 11 and Oct. 4, researchers found 60 "faux fact check" ads from two different Facebook pages -- one called "Election Fact Check" that is paid for by the Conservative party, and clearly labelled as such. The other attacks the Conservatives and says it is paid for by "Canada Fact Check," which links to an associated left-leaning website.

"In recent years, news organizations have invested more resources into fact-checking as a way to counter political misinformation and position themselves as a trusted source for news," the report says.

"Partisan groups presenting political spin as 'fact checks' could create even more confusion in this space."

The report also looked at how the political parties and third-party groups are advertising on Facebook. Between the start of the campaign on Sept. 11 and Oct. 4, the Liberals far outspent their rivals, putting an estimated $1 million into Facebook ads, compared to an approximate $640,000 spend by the Conservatives and $230,000 by the NDP.

The Conservatives are spending more per ad, at an average of $695, but are running fewer of them, compared to more and smaller targeted ads by the Liberals, the report found. The Liberal strategy for Facebook ads appears focused on individual candidates, the report said.

The largest demographic targeted by the Liberals is women aged 18-24, and the biggest target for Conservative Facebook ads is men aged 25-34.

New Democrats have spent too little on Facebook ads to make direct comparisons, the report said.