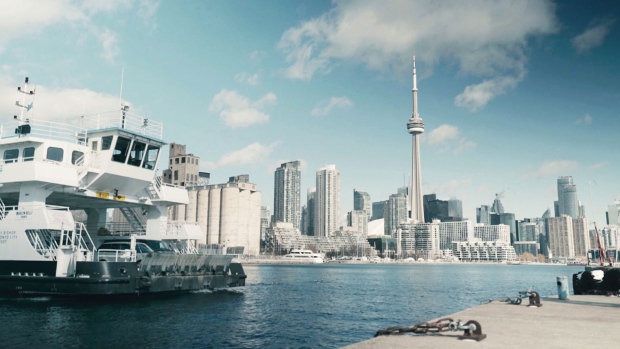 A PortsToronto ferry is pictured in this handout image.

The ferry that services Toronto’s island airport is set to get an environmentally friendly upgrade in 2020.

PortsToronto, which owns Billy Bishop Toronto City Airport, has announced plans to convert the Marilyn Bell I passenger ferry to 100 per cent electric power next year.

The ferry shuttles passengers and vehicles between the mainland and the airport daily, and also allows City of Toronto vehicles to access the Toronto islands. It currently operates on bio-fuel, since switching from diesel fuel in 2018.

The move to electric will save approximately 530 tonnes of greenhouse gas emissions per year and will also make the ferry much quieter, according to Ports Toronto.

“Converting the Billy Bishop Airport ferry to electric power is a clear indication of how serious we are in our commitment to the environment and maintaining balanced operations with the waterfront community in which we operate,” PortsToronto CEO Geoffrey Wilson said in a release.

The Marilyn Bell I will be the first 100 per cent electric lithium-ion powered ferry in service in Canada and will be fully powered through Bullfrog Power renewable electricity. 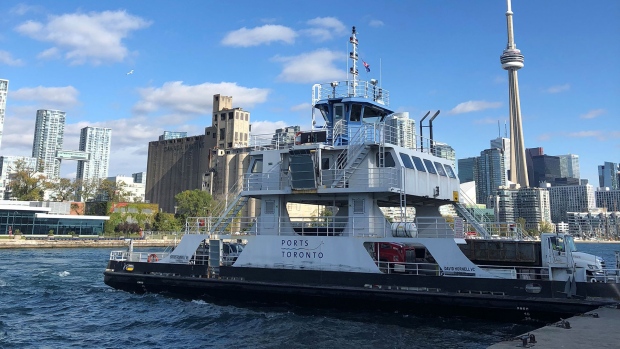 Converting the ferry will cost $2.9 million and will be paid for by Ports Toronto through the Airport Improvement Fee. PortsToronto is a self-sustaining federal government business which does not receive government funding.

“The retrofitting of the Marilyn Bell I to electric power clearly demonstrates how we can build a clean and efficient transportation system, create good jobs and protect the environment,” Transport Minister Marc Garneau said in the release. “The Government of Canada commends PortsToronto for this initiative that will benefit Toronto communities and reduce our carbon footprint.”

The retrofit is expected to be completed by the end of 2020. 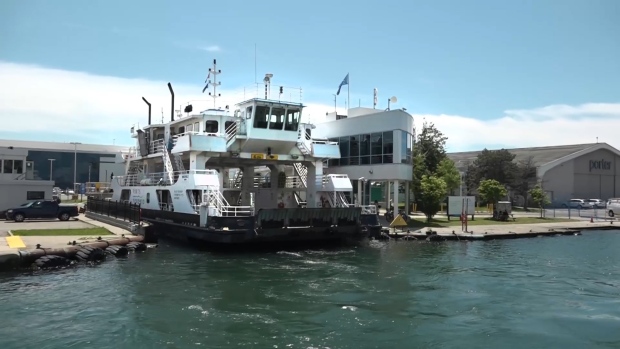 A PortsToronto ferry is pictured in this handout image.