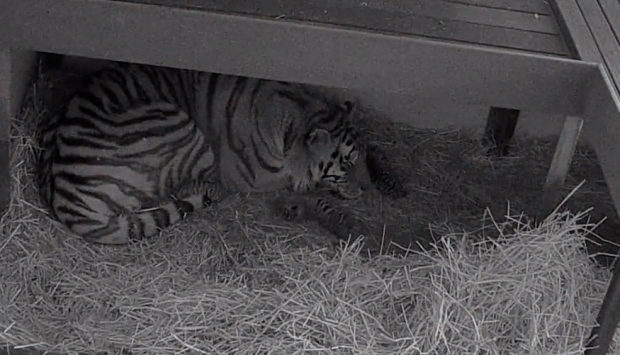 Mazy and her three cubs are seen in video surveillance footage provided by the Toronto Zoo.

TORONTO - The Toronto Zoo says one of its endangered tigers has given birth to three cubs.

It says "Mazy" and her babies are doing well and are being monitored through remote cameras to allow them to bond undisturbed.

The zoo says the first few months of life are critical and, assuming everything goes well, the cubs will have their first checkup in six to eight weeks.

It says Mazy was paired with the male tiger Vasili as part of a program to promote conservation.

Amur tigers were previously considered critically endangered but their status was changed to endangered in 2007.