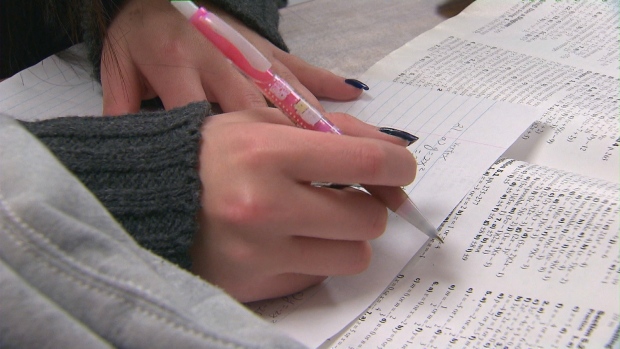 The union representing Ontario’s English public elementary school teachers says it will enter a new phase of its work to rule campaign next week, which will see teachers restrict many of their normal activities and prepare for rotating strikes in October, CTV News has learned.

An Elementary Teachers Federation of Ontario bargaining bulletin obtained by CTV News says that if a deal is not reached with the province by Sept. 21, teachers must stop responding to emails from administrators “at any time” unless it involves the safety of others or reporting their own absence.

The bulletin also orders teachers not to prepare comments for report cards or progress reports, and not to hold interviews with parents unless there is a concern about the child’s progress. Teachers will also not be allowed to update classroom websites or blogs.

On Wednesdays, which the union has dubbed “Wynne Wednesdays” teachers have been ordered not to engage in any activity that takes them away from their classrooms. They’ve also been told to wear union insignia — buttons, t-shirts or hats — and engage in information pickets, rallies and letter writing campaigns.

The bulletin also says union members should be prepared to participate in phase four of job action, which calls for rotating one-day strikes in October if a deal is not reached by then.

In a statement issued on Friday afternoon, Education Minister Liz Sandals said she is “disappointing” that job action will be escalated that will “further disrupt students' learning in the classroom”

“The OPSBA (Ontario Public School Boards Association) and the government tabled a comprehensive proposal to ETFO. It is a proposal that mirrors the deal reached with OSSTF, OECTA and AEFO. We are confident that an agreement can be reached within the parameters presented to ETFO and we are prepared to resume discussions on that basis," Sandals wrote.

Talks between the union and the province ended last week after the province offered ETFO a deal similar to the one they reached earlier with Catholic and public high school teachers, and no further negotiating dates have been scheduled.

The ETFO has planned a protest for Sept. 26 at Queen’s Park to put pressure on the government to return to the table.