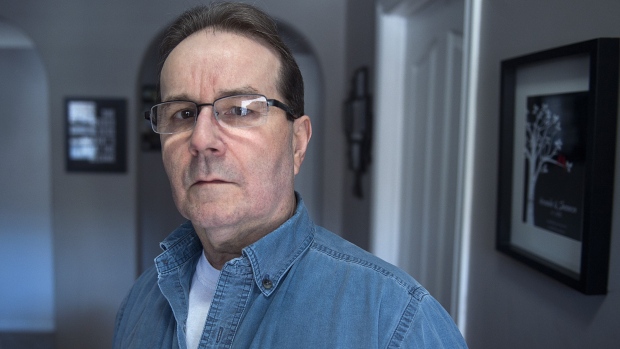 Glen Assoun, jailed for over 16 years for the knife murder of his ex-girlfriend in a Halifax parking lot, is seen at his daughter's residence in Dartmouth, N.S. on February 28, 2019. A court case is underway today over the release of key evidence explaining what led to the wrongful murder conviction and imprisonment of a Nova Scotia man who spent almost 17 years in jail. The Canadian Press, CBC and the Halifax Examiner are asking Justice James Chipman of the Nova Scotia Supreme Court for access to federal documents with details of how 63-year-old Glen Assoun was improperly convicted of second-degree murder on Sept. 17, 1999. THE CANADIAN PRESS/Andrew Vaughan

HALIFAX - A judge had ordered the full release of a federal Justice Department report that led to the exoneration of a Halifax man wrongfully convicted of murder.

Justice James Chipman of the Nova Scotia Supreme Court said in his written decision that it is "in the interest of the general public" to know why Glen Assoun spent almost 17 years in prison for a crime he didn't commit.

Lawyers for 63-year-old Glen Assoun say the release of hundreds of pages of documents means the public is going to learn information never put before juries and judges.

Chipman had already said on July 2 he intended to release the report in response to a case launched by The Canadian Press, CBC and the Halifax Examiner.

Assoun was wrongfully convicted of slitting Brenda Way's throat on Nov. 12, 1995 -- sending to him to a federal prison where he'd suffer beatings, heart attacks and depression.

The federal assessment of the case, prepared by the criminal conviction review group, became the basis for Justice Minister David Lametti declaring a miscarriage of justice had occurred in the 1999 jury trial.