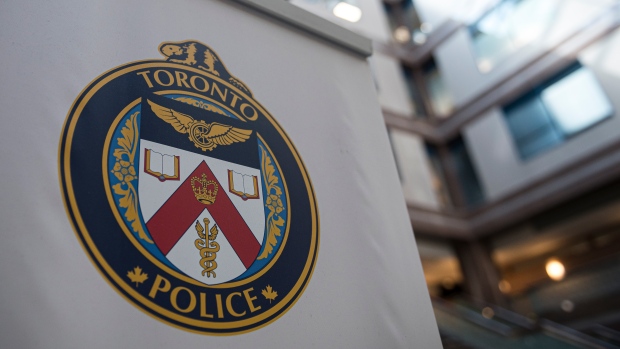 The province’s police watchdog says Toronto police officers likely used excessive force during an arrest in February that left a man with a fractured spine and multiple facial fractures, however there’s not enough evidence to lay charges against any identifiable officer.

The arrest occurred on Feb. 2 this year when members of the Emergency Task Force and the Major Crime Unit arrived at a home on Marengo Drive in Richmond Hill to execute a search warrant.

Police searched the home in connection with the kidnapping of a York University student a few weeks earlier.

Three people were arrested at the home. One of them, a 28-year-old man, was subsequently transported to hospital with a fractured T1 vertebra and fractured left orbital bone.

The Special Investigations Unit, which is called in whenever police are involved in a death, serious injury or allegations of sexual assault, were called in and invoked their mandate.

The SIU designated two subject officers, both of whom declined to be interviewed or to submit their notes.

In a report released Tuesday, SIU Director Joseph Martino said he believes excessive force was likely used in the arrest, but that he can’t proceed with charges because he doesn’t have enough evidence to pinpoint which officer was likely responsible.

“According to the incriminating evidence, the Complainant had effectively surrendered and was on the ground, compliant with his hands handcuffed behind his back, when an ETF officer kicked him in the side of the face,” Martino wrote.

A witness officer testified that one of the ETF officers “approached the Complainant on the ground and, with his right boot, made contact with the left side of the Complainant’s face in what might well have been an intentional kick,” Martino wrote. He added that a forensic pathologist’s report indicated the facial fracture would likely have been caused by a punch or kick to the face.

Another account indicated that complainant was kicked in the eye and then repeatedly punched and that he was kicked several times as he told officers he was not resisting.

Martino noted the spinal fracture likely occurred when the suspect jumped nearly three metres from a second-floor bedroom to a porch in an effort to escape.

The SIU director also noted that the incriminating evidence with regards to the facial injury was not conclusive and that the suspect may have been struck by the officer pre-emptively as he raised his head “exploring his flight options.”

However he said he ultimately could not proceed with charges because he was not able to identify which officer was responsible.

“In the final analysis, as there are no reasonable grounds to pinpoint one or another officer or officers for the force used against the Complainant in his arrest, which I believe on reasonable grounds to have been excessive and caused his facial fractures, there is no basis for proceeding with charges in this case,” Martino wrote in his report.

Six witness officers were interviewed and another submitted notes without being interviewed. The officers who spoke with the SIU said they could not identify who might have been responsible for the face injury because they were all wearing similar helmets and gear. The other witnesses were also unable to identify the officers because of the gear.

In his report, Martino noted that witnesses in other investigations had given similar reasons for not being able to identify subject officers, particularly during the high profile confrontation between OPP officers and First Nations protesters at Ipperwash Provincial Park.

One of the recommendations stemming from the report into the Ipperwash incident was that the names and badge numbers of officers at public order events should continue to be inscribed “visibly and prominently” on outer clothing or helmets.

“I see no reason why steps should not be taken to similarly ensure that tactical team officers wear insignia that can assist in identifying them; if not their names or badge numbers, then something else,” Martino wrote.

In an email to CP24.com, Toronto police said it would be “inappropriate” to comment on the SIU report as the force is currently conducting its own investigation into the incident under Section 11 of the Police Services Act.