Executive committee votes unanimously in favour of budget, council will get final say next week 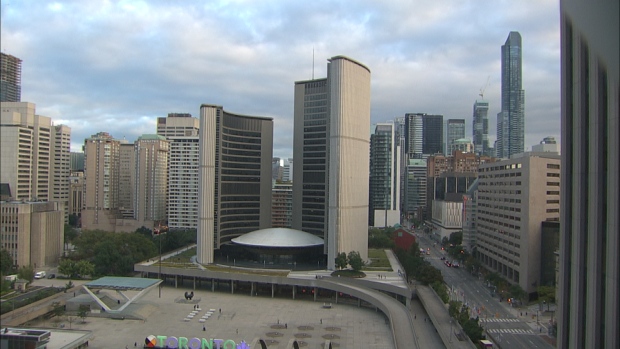 A budget that makes $75 million in new investments but is balanced on the basis of millions in assumed funding from the federal government has been unanimously approved by Mayor John Tory’s executive committee.

The budget includes millions of dollars in funding to allow the city to hire more than 300 police officers, 62 paramedics and 121 TTC operators.

It also includes $24.6 million in funding for measures focused on poverty reduction and addressing the root causes of violence, including an additional $6 million investment championed by Tory to fund a series of new youth violence prevention grants and to open eight new youth hubs in public library branches.

“The budget represents our road map for a responsible path forward for our city in 2020. It invests in the city itself, it invests in the people of Toronto just as importantly and it invests in protecting the success that is our city today,” Tory told reporters on Thursday morning. “Our city is seen as one of the most successful big cities in the world and we have to make sure that we make the investments to keep it that way.”

The budget includes a two per cent property tax hike that will cost the average homeowner an additional $106 when coupled with a previously approved increase to the city building levy.

The total tax hike, however, will equal out to 4.24 per cent once all the various increases combined with policy-related adjustments are factored in, pushing the bill on a home with an assessed value of around $703,000 to $3,141.

The portion of the tax hike intended to help fund the operating budget – two per cent - will raise an additional $63 million but the city will still be left with a $77 million shortfall in 2020.

The city hopes to cover the entirety of that shortfall with millions in expected funding from the federal government for the resettlement of refugees.

A similar accounting trick was also used to balance last year’s budget and the federal government did eventually accede to the city’s request for $45 million in funding.

Speaking with reporters, Tory said that he has received positive indications on that front from federal cabinet ministers, though he conceded that “you can’t take those to the bank.

“This is why you have reserves but you hope that you don’t have to use them,” he said. “I think there has been recognition in previous years that they have a responsibility to partner with us. We are obviously counting on the fact they are going to do that but we are going to be providing the shelter in any event because we have to.”

The budget will now go to city council as a whole for final approval on Feb. 19.