Exodus from downtown condo rentals may have stopped: report 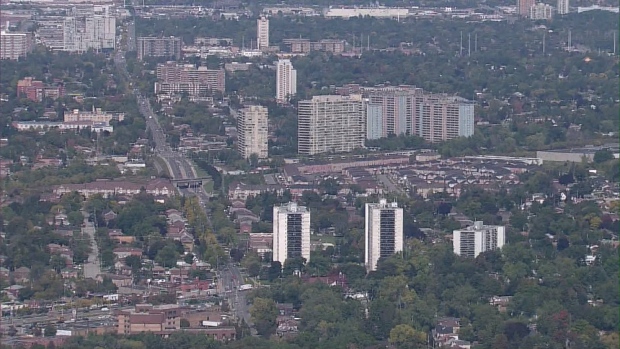 The vacancy rate in newer apartment buildings is now six times higher than it was immediately prior to the COVID-19 pandemic but there are increasing signs that the exodus from downtown condominiums may be over, according to a new report.

The real estate analysis group Urbanation has released new data showing a potential rebound in a condo rental sector that has been heavily impacted by the COVID-19 pandemic, particularly in the downtown core.

The report shows that there were nearly 12,000 condo leases signed during the first quarter of this year, which equates to a 70 per cent increase from the same time period in 2020.

The report also says that condo rental listings declined by 12 per cent from the previous quarter, which helped the ratio of leases to listings improve to 61 per cent.

That is still below the 10-year average but is within the “lower boundary of a balanced market,” according to Urbanation.

“The rental market will continue to contend with COVID-19 as the third wave keeps the GTA in a lockdown during the second quarter. However, market dynamics were set in motion in the first quarter to generate strengthening rental conditions as the year progresses — particularly later in the second half as the population becomes vaccinated, offices start to reopen, immigration rises, and post-secondary students potentially return to in-class learning,” Urbanation President Shaun Hildebrand said in a statement. “These variables are obviously subject to change and dependent upon exogeneous factors, but as each day passes and housing prices get more expensive, the upside for the rental market rises.”

The Urbanation report revealed that the vacancy rate remains high in newer, purpose-built apartments and now stands at 6.6 per cent, up from 1.1 per cent at this point in 2020.

It says that the average rents in those buildings has declined 10.1 per cent year-over-year, though that doesn’t include additional incentives like free rent periods that many landlords have offered in an attempt to attract tenants during the pandemic.

Meanwhile, condo rents are down 16.2 per cent year-over-year in the City of Toronto and 14 per cent across the GTA but the report says that there is “evidence of a bottoming out for rents.”

“On a quarter-over-quarter basis, average per square foot rents decreased 1.4 per cent — a significant improvement compared to the 7.5 per cent quarterly drop recorded in Q4-2020. Furthermore, average monthly rents increased month-over-month in both February and March (each by more than 1%), suggesting that the market reached its low in January at about $2,000 and is already on the path to recovery,” the report says.