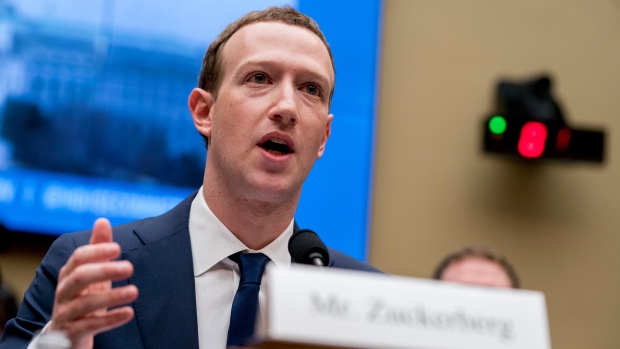 In this April 11, 2018, file photo, Facebook CEO Mark Zuckerberg testifies before a House Energy and Commerce hearing on Capitol Hill in Washington about the use of Facebook data to target American voters in the 2016 election and data privacy. (AP Photo/Andrew Harnik, File)

She says Zuckerberg would likely be asked about regulating online hate speech, Facebook's ability to self-police content on its platform and the company's effect on the Canadian news industry.

Zuckerberg could also be grilled over Facebook's February decision to stop Australian users from viewing or sharing news stories, which it reversed days later.

A legal summons is a relatively rare move by a parliamentary committee that compels a witness to appear and if refused can eventually lead to a declaration of contempt.

In a statement Friday, Facebook Canada said only that Kevin Chan, its global director and head of public policy, will appear at a committee meeting later this month.

Zuckerberg and Facebook's chief operating officer Sheryl Sandberg ignored a summons from the House of Commons ethics committee two years ago to testify on their company's Cambridge Analytica scandal.

This report by The Canadian Press was first published March 12, 2021.

Facebook funds a fellowship that supports journalism positions at The Canadian Press.