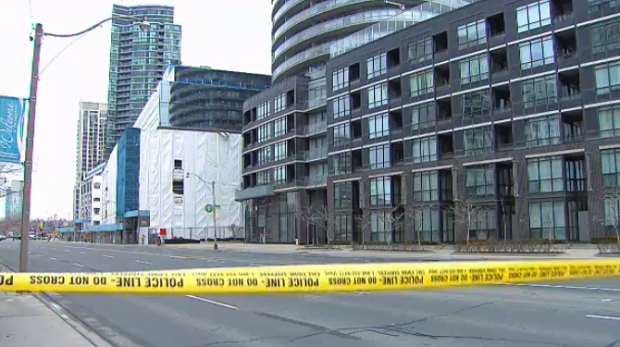 An area around a building near Lake Shore Boulevard and Dan Leckie Way is blocked off by police tape after debris fell from a building on April 18, 2019.

A portion of Lake Shore Boulevard was closed in both directions downtown for hours due to falling debris from a residential building on Thursday morning.

The roadway was closed between Bathurst Street and Dan Leckie Way at around 6:30 a.m. and did not reopen until just before 11 a.m.

Images from the scene on Thursday morning showed a police perimeter that has been set up outside the building.

Police say that they believe the debris that fell from the building is some sort of paneling.