Vigils were held in North York Thursday night to honour victims of a plane crash outside of Tehran that left 63 Canadians dead.

Officials say 176 people were on board Ukraine International Airlines Flight PS752 when the jet crashed shortly after taking off from Imam Khomeini International Airport on Wednesday morning.

No survivors were found among the wreckage. 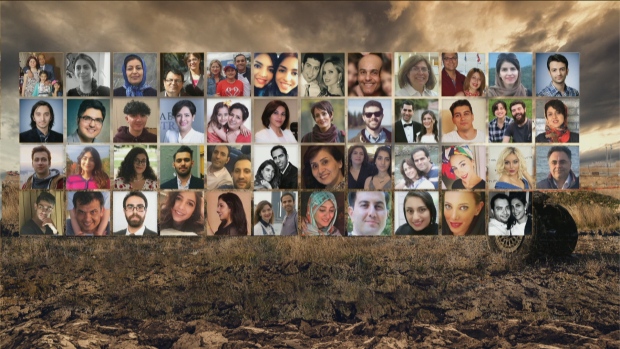 "The evidence indicates that the plane was shot down by an Iranian surface-to-air missile. This may well have been unintentional," Trudeau said.

Trudeau previously said that 138 passengers on the plane, which was bound for Kyiv, had connecting flights to Canada.

Many of the victims lived and worked in the GTA, and several were students at Toronto-area schools. 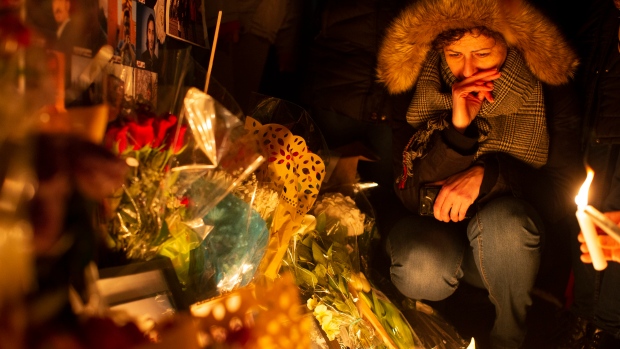 "We are holding this vigil tonight, so we can send our condolences and sympathies to the families of the victims and their friends," Mohsen Khaniki of the Iranian Canadian Congress said.

He said the community lost many smart and talented people in the crash.

Khaniki said it is too early to speculate on the cause of the crash, but he said if reports of a missile shooting down the plane are correct, it is unacceptable.

The vigil was held inside the North York Civic Centre where friends and family of the victims were in attendance.

Pouyan Tabasinejad, the organization's vice-president told CTV News Toronto that like many Iranian-Canadians, he was shocked when he heard the news but understated the importance of mourning together.

"In these kinds of situations it’s extremely important for communities to come together to develop shared understandings in the world and to heal with one another," he said. 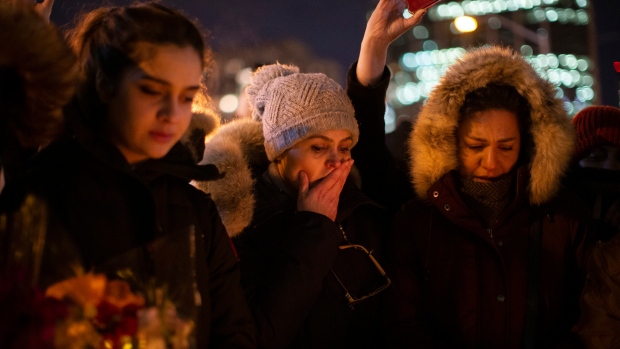 Hundreds of people came together at Mel Lastman Square in a separarte vigil to remember the victims. Many laid flowers, lit candles, and shared stories about the victims.

Mayor John Tory said everyone should stand behind the Prime Minister as he looks for answers on what happened.

He said Torontonians should stand behind and support those affected by the tragedy.

"When one group suffers, we all suffer," Tory said. Several politicians were also at the vigil to express their sorrow and to convey their condolences.

Elca Tere worked with Behnaz Khoei Ebrahimi at the Toronto offices of the Municipal Property Assessment Corporation for seven years.

She described Ebhrahimi as hardworking, who helped everyone around.

“I’m lucky that I worked and had the chance to know her,” Tere said. Ebrahimi and her nine-year-old son Rahmtin Ahmadi, a Grade 4 student at Muirhead Public School, went to Iran for vacation.

Ebrahimi taught all the people in their office about Iranian cultures, Tere said.

“Her smile and personality will never fade from my memory.”

Friends and classmates of 18-year-old Arad Zarei, a student at Richmond Green Secondary School in Richmond Hill, said he was taken away from them too soon.

“He lived life with kindness and love, and we want to live that for him,” Jasmine Ally said.

Ally, Nikki Ghavinchian, Masuma Akbar, Zoe Bensley were all at the vigil to honour Zarei.

Ghavinchian said the school and the community won't be the same without Zarei who left a lasting impact in all their lives.

“We will never forget him,” said Ally. “He is the type of person that you can never forget.”

They described Zarei as a kind, determined, smart young man who made those around him smile. 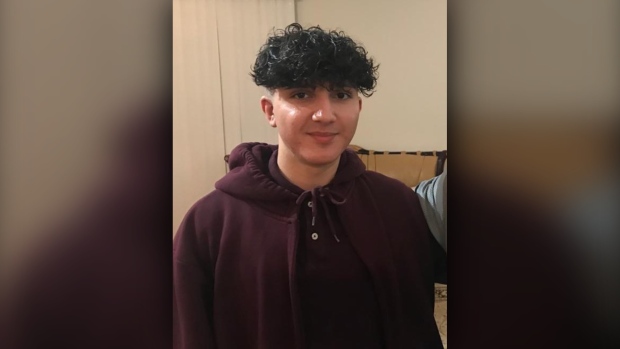 A room in their school has been designated for Zarei where they can write notes for his father.

“We’ve all been in tears in every single day,” said Bensley.

Akbar said his passing had brought everyone together.

“He would’ve wanted us to be happy and smiling.”

They said their school would hold a purple-themed prom night in memory of Zarei, who was looking forward to wear the purple prom suit he bought in Iran.

Bashir Heidary said many of the victims came to Canada to find a better life. His friend Fatemeh Kazerani, a dental hygienist, died in the crash along with her husband Daniel Saket. Both were living in North Vancouver.

"They come here for a better life and in just six minutes in the sky, they lost their lives," Heidary said.

Sheena Farsaei said she is at the vigil to show support to the families and loved ones of the victims.

"I don't know any of them personally, but I feel them in my heart," Farsaei said.

She said it is devastating that many of the victims who had bright futures ahead of them are gone. 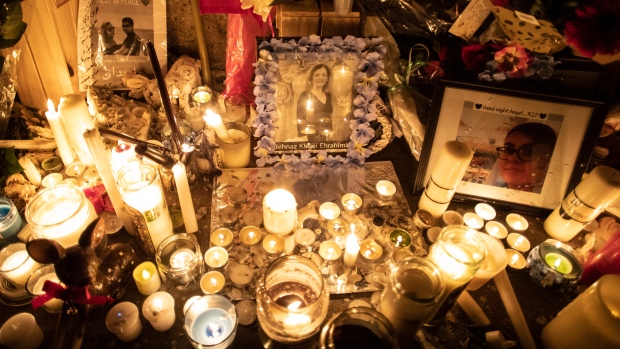 A fight broke out at the the vigil at North York Civic Centre as a man chanting anti-Iranian regime slogan tried to enter.

The crowd intervened and the man was escorted out of the venue.

A third vigil was held at the Islamic Iranian Centre of Imam Ali at 120 Bermondsey Road, south of Eglinton Avenue East, to mourn for the victims especially the 15 people who prayed at the mosque regularly.

Family members of the victims were in attendance at the vigil.

The cause of the crash is currently under investigation by Iran's Civil Aviation Organization.

In a statement on Thursday night, the Transportation Safety Board of Canada has accepted the invitation from Iran to attend the accident site.

"The TSB will be working with other groups and organizations already on site."

While the identities of all the victims killed in the crash have not yet been confirmed, school board officials said Wednesday high school student, Maya Zibaie, a Grade 10 student at Northern Secondary School, was a passenger on the plane. 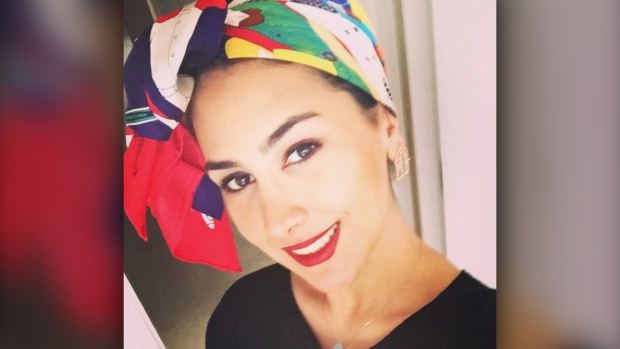 Twenty-two-year-old Darya Toghian, a student at George Brown College, and Sadaf Hajiaghavand, a human resources student at York University, are confirmed to be among the dead.

York University said on Thursday that another student, who was set to begin their studies tomorrow, was killed in the crash.

Meisam Salahi said his brother Mohsen, who died in the plane crash along with his wife Mahsa Amirliravi, was his best friend who always followed him around.

"He is always by my side," Salahi told CTV News Toronto.

Salahi said he wants answers after seeing a video of what appears to be a missile shooting down the airliner.

"Why would you shoot this plane? He didn't do anything wrong," he said.

"Please just say sorry. All I wanna hear is sorry." 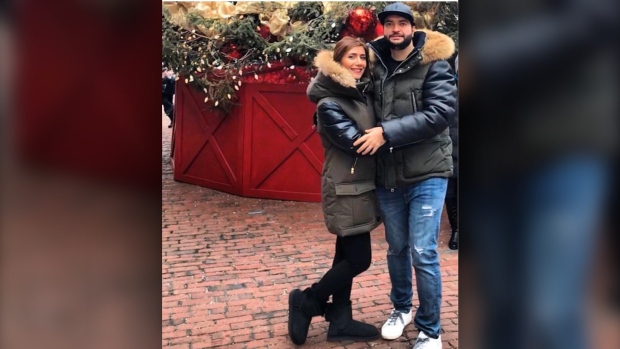 Salahi said he would never set foot in Iran as the country only holds bad memories.

The couple were instructors at Lambton College. In a statement, the college's director said they were fantastic teachers who touched countless of students' lives.

TC Transcontinental confirmed Thursday that Hamidreza (Hamid) Djavadi Asll and Kian Djavadi Asll, the husband and son of one of their employees, were among the victims.

The company said they are raising funds to help the family.

- with files from The Associated Press and The Canadian Press