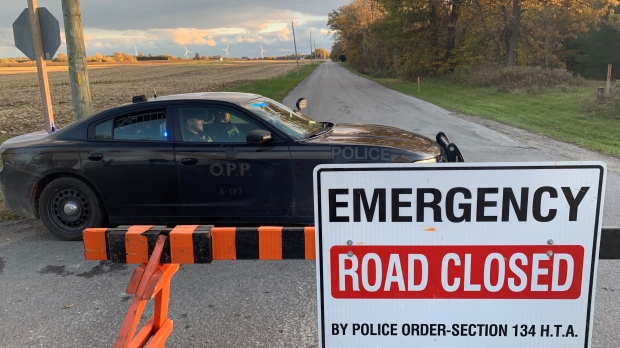 Family and friends of 70-year-old Rodger Kotanko described him as a "calm and gentle" man who was a "well-respected" gunsmith.

That's why his death earlier this month left many of them shocked and confused.

Kotanko was shot by Toronto police on Nov. 3 near his home in the area of Highway 6 and Highway 24. At the time of the shooting, police said they were executing a search warrant.

The 70-year-old man's death is being investigated by Ontario's police watchdog.

Two weeks after the incident, family and friends came together Thursday, seeking answers to why Kotanko was killed.

"You talk to the majority of the people that knew him, and they refer to him as a teddy bear. He was of no threat to anybody," she added.

According to a release issued by the family through their lawyer, Toronto police allegedly stormed Kotanko's gun repair shop and fired four shots. Police also allegedly detained Kotanko's wife, who was at home at the time, before the shooting.

"They came; they travelled 150 kilometres with their own ambulance. Why?” Michael Smitiuch, the family's lawyer, asked.

"The Toronto police are supposed to serve and protect, not surprise and attack,” he said.

Jeffrey Kotanko said his brother had licences for everything.

Smitiuch said he has not seen the search warrant that led Toronto police to Kotanko's residence. He added the lead investigator with the Special Investigations Unit has not been responding to their inquiries.

On Thursday afternoon, the SIU provided an update on their investigation. In the release, the agency said investigators have collected one police-issued firearm and sent it to forensics for analysis.

The SIU said the results of the post-mortem conducted on Nov. 4 have not been released to them.

The agency noted that Kotanko's next of kin are engaged in the SIU's Affected Persons Program, which provides support services.

- With files from CTV News London