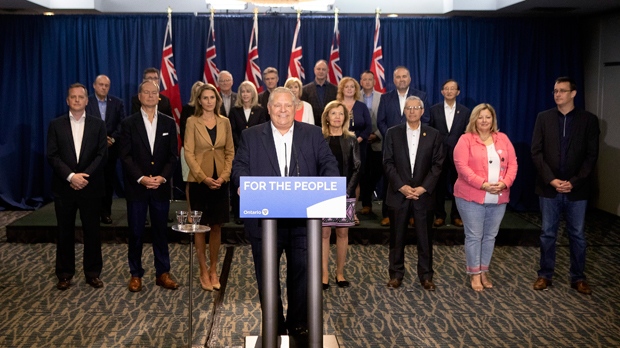 Ontario Premier Doug Ford speaks to journalists to share his achievements in government, in Toronto, on Friday June 7, 2019, on the one year anniversary of him taking office. THE CANADIAN PRESS/Chris Young

Christine Elliott remains as Deputy Premier and Minister of Health.

Lisa Thompson moves to Government and Consumer Services from Education.

Stephen Lecce moves from the government back benches to Education.