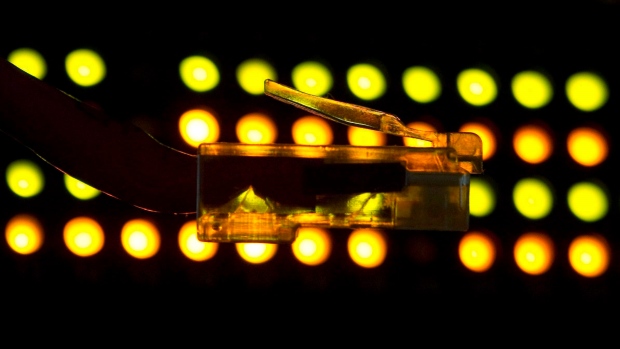 TORONTO - A Federal Court is ordering Canada's internet service providers to block websites for a company selling pirated television online, deeming that such a move wouldn't infringe on freedom of expression or net neutrality.

The decision, issued Friday, affects Gold TV, an IPTV service that offers thousands of traditional TV channels for a nominal fee, streaming over internet networks. It's the first time a nationwide blocking order has been made in Canada, setting a precedent that critics say could have broader consequences.

Earlier this year, a coalition of Canadian telecommunications companies and ISPs - Bell Media, Groupe TVA and Rogers Media - filed a complaint in a federal court saying GoldTV.ca was selling subscriptions to numerous channels without owning the rights.

GoldTV.ca billed itself as “Canada's premium IPTV provider” offering 4,000 live TV channels in standard and high definition for as little as $15 per month. Among the Canadian TV channels its website offered were Citytv, CTV, Global, as well as international outlets BBC, ESPN and Animal Planet.

A judge says ISPs have 15 days to comply with blocking Gold TV's services.

“At a minimum, site blocking ought to be a measure of last resort, and it wasn't in this case,” Geist said in a phone interview.

“Before you can even entertain the possibility of taking what is really the most extreme step in terms of literally trying to block content, you need to have taken every step you can short of that, and that's not what happened here.”

The federal court move comes as Canadian media companies look for ways to quash illegal file-sharing websites and torrent applications that trade copyrighted entertainment between users for free or a nominal price.

Last year, FairPlay Canada, a coalition of more than 25 Canadian media companies, filed an application with the Canadian Radio-television and Telecommunications Commission (CRTC) urging the regulator to play a role in identifying and forcing ISPs to block piracy websites.

The request by the group, which included CBC, Bell, Rogers and Quebecor, was denied by the CRTC which said it “does not have the jurisdiction under the Telecommunications Act.”

The CRTC added at the time that “other avenues are more suitable to address this issue, which include the ongoing parliamentary review of the Copyright Act, as well as the expert panel review of the Telecommunications Act and the Broadcasting Act.”

The smaller coalition of Bell Media, Groupe TVA and Rogers Media took a more specific case against Gold TV to a federal court, and the judge agreed with their argument.

In a joint statement supplied by their legal representatives, Bell, TVA and Rogers applauded the court order.

“Content theft remains a critical threat to Canada's creative sector, impacting rights holders and creators across the industry and causing hundreds of millions of dollars in damages and thousands of lost jobs,” the companies said.

“Similar orders are regularly issued by courts in other countries, including the United Kingdom, Australia and France, and require Internet Service Providers to simply disable access to sites distributing illegal content.”

But fellow ISP TekSavvy opposed the measures, and said the court should rely on the “specialized expertise” of the CRTC, rather than exercise its own jurisdiction on the matter.

“(A) blocking order is a grave violation of network neutrality and a fundamental change to what we do as internet service providers,” said Andy Kaplan-Myrth, vice president of TekSavvy's regulatory and carrier affairs, in an emailed statement.

“All ISPs should defend the basic principle that we are not liable for or responsible for the content of the traffic on our networks. As unsympathetic as GoldTV may be, TekSavvy's view is that it does not represent such an urgent harm to the plaintiffs or to society that stopping its copyright infringing activities would justify such a fundamental change in the nature of the internet in Canada.”

TekSavvy also raised concerns that ISPs would be faced with “hundreds or even thousands” of site-blocking orders in the future, and that could put a “significant strain” on its resources.

The judge acknowledged an internet censorship order of this nature hasn't been previously made in Canada, though something similar has been issued in the United Kingdom. The order cites a U.K. case where British ISPs were ordered to block e-commerce sites that were selling knock-off Cartier luxury watches.

Geist believes the Canadian court is relying too heavily on site blocking rules established in another country under different circumstances.

“Once you start inviting site blocking it won't surprise people if we start seeing other groups who have their own issues and their own perceived harms argue that we ought to adopt the same approach for their issue,” Geist added.

“The so-called slippery slope is a very real concern.”