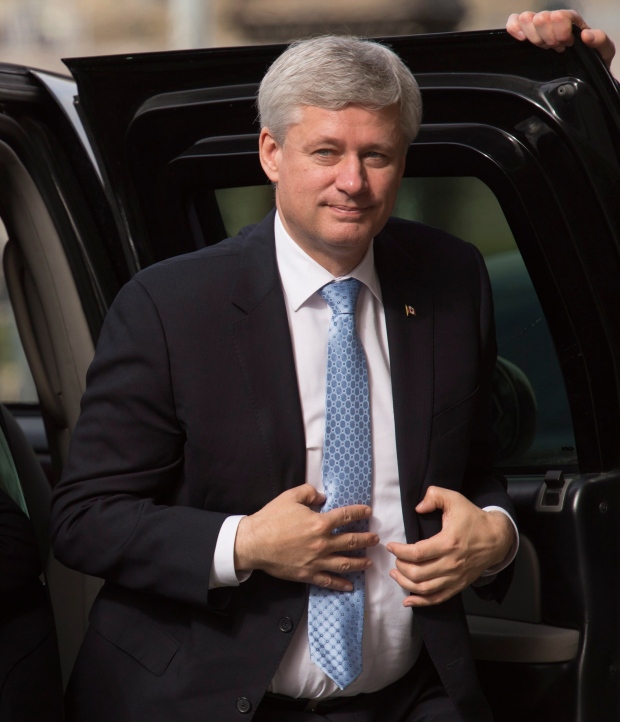 OTTAWA -- The Conservatives have taken their first steps towards a leadership race by setting up a committee that will set the rules of the upcoming contest.

That committee will be able to work on its own and won't have to report to any corner of the party, including the national council. It appears the leadership election organizing committee, as the party calls it, will operate in an independent silo to set the rules, dispute resolution mechanism and logistics for the race to replace Stephen Harper.

Three senior party executives were named to the committee Tuesday night and will be joined by Tories from within and beyond the national council, The Canadian Press has learned.

That group will influence the course of the contest because the party's constitution says little about how a leadership race is to run. The party hasn't had to elect a leader since 2003, when the newly formed Conservative Party of Canada selected Harper to take its helm.

Leadership hopefuls may be able to sway the rules of a contest as the committee helps them take shape.

However, committee members will have to pledge that they will remain neutral during the race and not publicly back candidates.

Potential leadership hopefuls include Tony Clement, who has privately talked with supporters about taking a shot at the party's top job; Kellie Leitch, who appears ready to put together a campaign team; Lisa Raitt; and Maxime Bernier.

Former Quebec premier Jean Charest remains a possibility, and there is a group of Conservatives who are supporting a bid by Doug Ford, a former Toronto councillor and brother to the city's former mayor, Rob Ford.

Saskatchewan Premier Brad Wall and B.C. Premier Christy Clark have both said they're not interested in jumping into the leadership contest.

In the meantime, the party's constitution says that the parliamentary caucus, which includes the House of Commons and Senate, will decide who should be the party's interim leader until Harper's replacement is found.

There are at least two top contenders for interim leader: former cabinet ministers Diane Finley and Rob Nicholson, both from Ontario.

Over on the Senate side, Conservatives in the upper chamber appear poised to do something they haven't done for a decade: elect the Conservative Senate leader. Conservative senators used to routinely elect their leader while they were in opposition, a position they now find themselves in after nine years government.

- With files from Jennifer Ditchburn.