Federal parties see drop in donations during height of pandemic 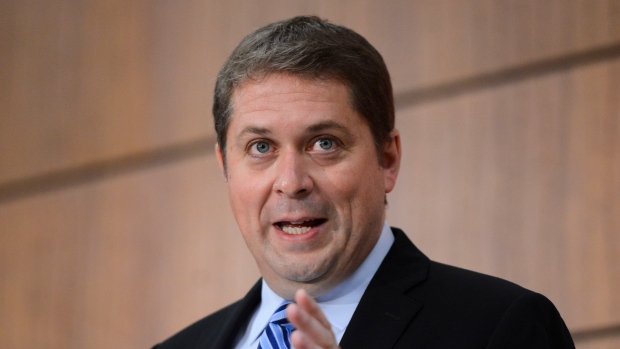 OTTAWA - Newly released figures show the two biggest federal political parties are seeing a drop in donations this year as the COVID-19 pandemic continues to impact the lives and pocket books of Canadians.

Second quarter financial returns released by Elections Canada this week show the Liberals and Conservatives took in less money between April and June - when the economy was virtually shut down and Canadians were hunkered in their homes to avoid the spread of the deadly novel coronavirus - than during the same period two years ago.

But despite the significant financial impacts the pandemic has had on many Canadians, political donations have not entirely dried up.

The Conservatives pulled in $4 million in the second quarter of this year, down from $6 million raised in the same time period in 2018, the last non-election year, while The Liberals took in $2.6 million, down from $3.1 million in 2018.

Donations are always highest during election years so comparisons with 2019 would not be relevant.

The numbers offer the first significant look into how the pandemic has affected the fundraising efforts of federal political parties.

Parties had to halt their in-person fundraising events in March after the country went into lockdown. Emails and other messages soliciting money from donors were also temporarily suspended or altered to encourage people to pitch in only if they can.

“We know that not everyone is in a position to give right now, and that's OK. Your involvement means the world to our whole team and we're so grateful to have you standing with us no matter what,” one Liberal party email sent in May told supporters.

“If you're able, though, please show your support and chip in $5 today to support our progress for Canadians (or whatever amount feels right for you at the moment).”

These messages have shifted in recent weeks to more traditional pushes for support as pandemic restrictions have lifted and businesses have started reopening.

The Conservatives have also begun asking party faithful to chip in to an “early election fund,” with the message that the Liberals “could call an election at any time.”