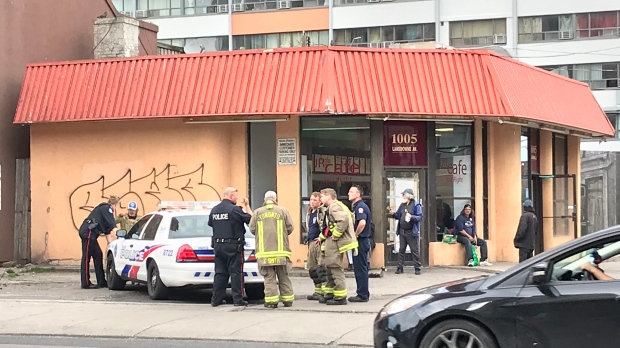 A female victim has been taken to hospital with serious injuries following an acid attack in the city’s Wallace-Emerson neighbourhood.

Emergency crews responded to a hazmat call an address on Lansdowne Avenue, just north of Dupont Street, at around 3:30 p.m.

A Toronto Fire Service spokesperson said two people were injured after acid was thrown at them.

The circumstances surrounding the alleged assault are not yet clear.

Police are investigating but have not provided any details about the incident.