Fire breaks out at large manufacturing plant in Scarborough 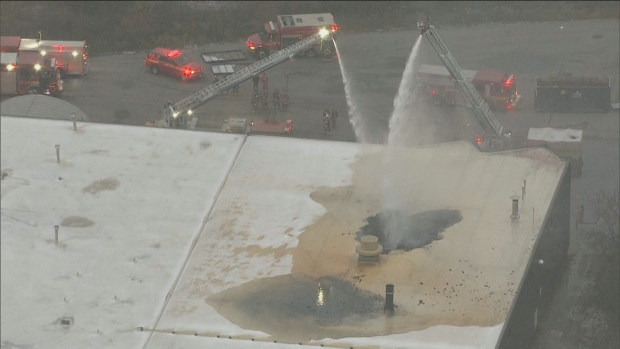 Crews are on the scene of a fire at a large manufacturing plant in Scarborough.

Fire crews are on the scene of a two-alarm blaze at a large manufacturing plant in Scarborough this morning.

The fire broke out shortly after 6 a.m. at a plant on Commander Boulevard, located near Sheppard Avenue East and Brimley Road.

Toronto Fire Services said sprinklers inside the facility supressed some of the flames but were unable to fully extinguish him.

Crews have now contained the fire, which went through the roof.

Officials say it is not clear if the building was open or anyone was inside when the fire started.

Toronto Fire says crews have been told that there are several chemicals inside the plant.