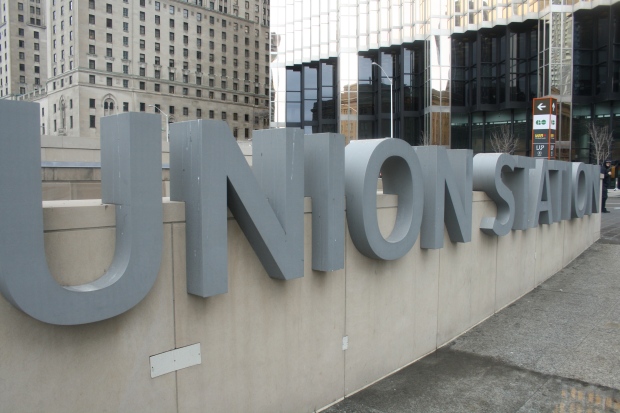 Union Station is shown in this file photo. (Chris Fox/CP24.com)

Toronto Fire Services has laid charges against the city and Bondfield Construction after blocked doors at Union Station resulted in major overcrowding following a concert at Scotiabank Arena last December.

Media reports at the time of the incident suggested that a massive crowd was attempting to leave a Mumford & Sons concert through a Bay Street walkway when they were forced to exit through a single set of doors.

“On or about December 17, 2018, three of four exit doors were blocked in a means of egress at Union Station,” a news release issued by Toronto Fire Services read.

“Toronto fire inspectors conducted a review of the incident and, in consultation with assigned outside legal counsel, determined there were reasonable and probable grounds to support a charge.”

Ontario Fire Code violations “pose a serious risk,” the news release read, and can result in fines of up to $100,000 for corporations.

“Toronto Fire Services continues to work to reduce risk through fire prevention and enforcement strategies against owners who fail to meet the Ontario Fire Code and jeopardize the safety of individuals and responding fire fighters,” the release said.

“Toronto Fire Services is committed to ensuring that appropriate measures are taken by property owners to achieve fire safety through compliance with the Ontario Fire Code and the Fire Protection and Prevention Act.”