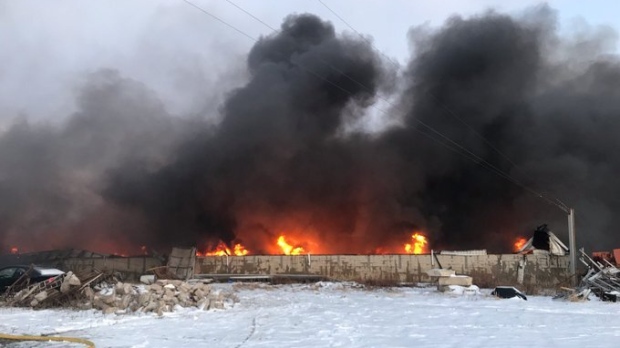 Hamilton firefighters are battling a massive blaze at a barn on Golf Club Road. (Twitter/@HamiltonFireDep)

Firefighters battled a massive blaze that broke out at a barn in Hamilton on Sunday.

Sections of the barn had collapsed as fire crews began a defensive attack to contain the fire, Hamilton Fire said.

Approximately 16 fire trucks are on the scene.

No injuries reported at this time.

Hamilton firefighters remain on the scene of a barn fire on Golf Club Road. Sections of the barn have collapsed and it remains a defensive attack on the fire. Please avoid the area as tanker trucks are shuttling water to the scene. @cityofhamilton pic.twitter.com/ecyzHsKL96