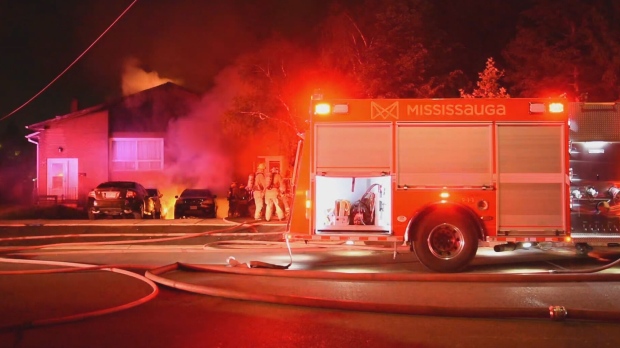 Fire crews are investigating after a two-alarm blaze at a home in Mississauga early Friday morning.

Fire crews are investigating after a two-alarm blaze at a house in Mississauga early Friday morning.

At around 1:15 a.m., emergency crews responded to a fire at a semi-detached home on Windjammer Road, near Winston Churchill Boulevard and The Collegeway.

The fire started in the garage and spread throughout the main floor and onto the roof, Mississauga Fire said.

Eight trucks attended the scene and crews had a defensive approach to put out the blaze.

Everyone made it out of the home safely and no injuries were reported, Mississauga fire said. 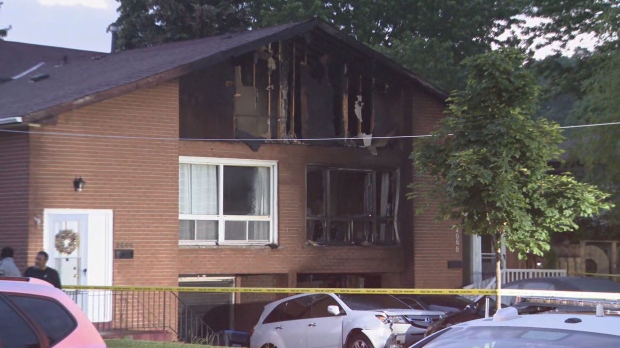 Neighbouring homes did not sustain any damage.

Fire crews are expected to remain at the scene all day to monitor and investigate.

Neighbour Douglass Kidd said he was alerted about the fire after smelling burning paper.

“I ran outside, smoke coming out of the basement garage, out of the next door’s garage adjacent to mine. I started banging on the door to wake the neighbours up… The neighour did wake up, opened the garage door, we got the extinguisher out but by that time the whole house was on fire,” he said.

The Ontario Fire Marshal’s Office has been notified.