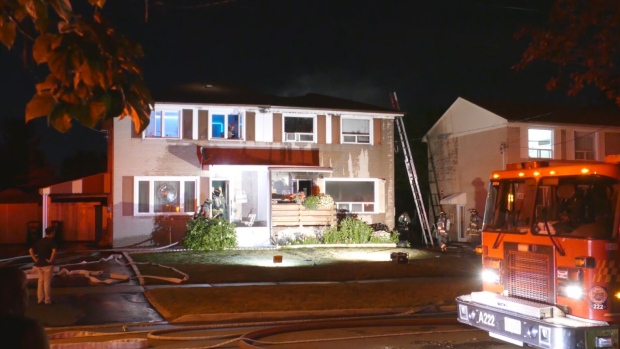 Fire crews are investigating after a three-alarm fire broke out at a duplex in Scarborough overnight.

Toronto fire is investigating after a three-alarm blaze spread through a home in Scarborough overnight.

On Thursday, fire crews responded to a blaze at a duplex on Vauxhall Drive, near Birchmount and Ellesmere roads, just before midnight.

When crews arrived, there was a fully involved deck on fire in the back of the house, Toronto fire said.

Police said pets and people were still inside the building when crews arrived.

The three-alarm blaze spread to at least two adjoining houses. 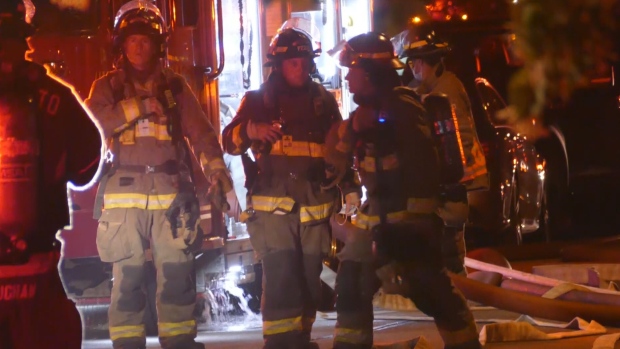 The fire was knocked down relatively quickly, Toronto fire said.

Crews stayed on scene overnight checking for hot spots and to monitor the air quality.

The cause of the blaze is unknown.

A fire investigator has been notified.