Fire crews on scene of townhouse blaze in Toronto 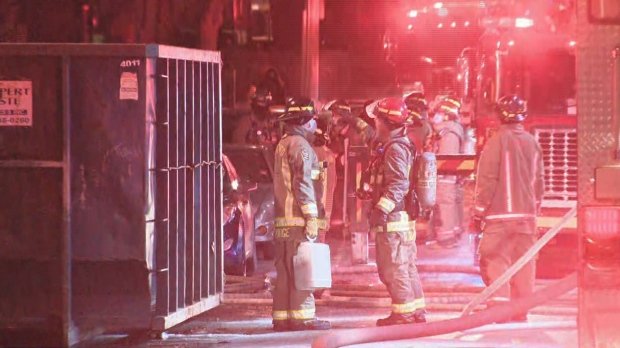 Fire crews are on scene of a blaze at a townhouse near Eglinton and Marlee avenues early Friday morning.

Fire crews are on scene of a 2-alarm blaze at a townhouse in Toronto early Friday morning.

Shortly before 4:30 a.m., Toronto fire received a call about a fire at 370 Hopewell Avenue, near Eglinton and Marlee avenues.

The fire is believed to have started on the second floor and spread to the third floor which became fully engulfed, Toronto fire said.

It also spread to the front patio and roof, fire crews said.

There are no reported injuries.

Toronto fire crews evacuated residences on both sides of the home.