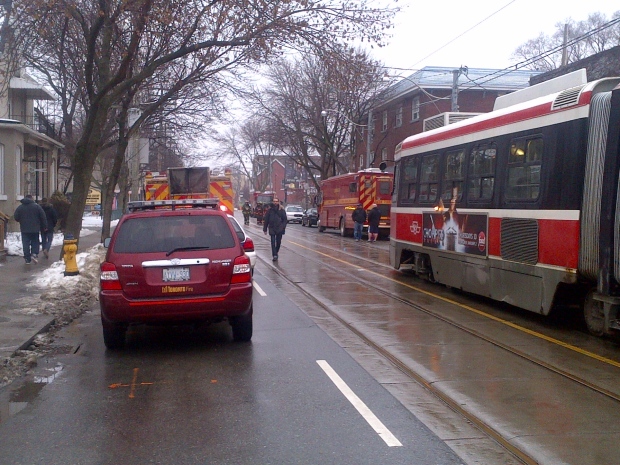 Six people suffered minor smoke inhalation and one suffered minor burns to a hand after a fire broke out in a rowhouse in Toronto's east end Friday morning, a fire official says.

The three-alarm fire originated in a home on Laing Street, near Queen Street East and Greenwood Avenue, shortly before 7 a.m. and spread to at least one neighbouring house, the fire official told CP24.

Dozens of firefighters were called to the scene and the blaze was brought under control at about 7:45 a.m.

"A lot of the fire" was situated in the kitchen at the back of the home, the fire official said.