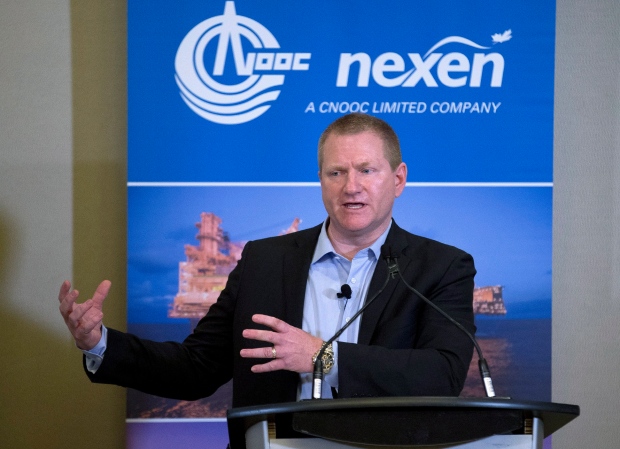 FORT MCMURRAY, Alta. -- The clean up of a massive pipeline spill in northern Alberta must be conducted with the long-term future of the land in mind, say area First Nations.

"Our biggest concern is the land," said Byron Bates, a band councillor of the Fort McMurray First Nation, which sits about 10 kilometres from the five-million-litre bitumen spill.

Bates said the area around the spill isn't used as much for hunting, trapping and other traditional purposes as it was before industry built up on it.

But he said those developments aren't going to be around forever. When industry's done, his people expect no traces to be left of events such as last Wednesday's spill.

"Our biggest concern is to make sure it's brought back to pristine condition."

Clean up continued Sunday on the site about 35 km southeast of Fort McMurray.

A road into the site has been completed. Crews have fenced off the area to keep wildlife out and built berms to keep contaminants in.

Vacuum trucks are sucking surface fluid off the muskeg in preparation for the deeper clean-up of digging up and removing potentially contaminated soil.

"They've got to get that fluid out so they can then dig up that impacted soil and treat that," said Kim Blanchette, a spokeswoman for the Alberta Energy Regulator, who was on site.

"Anything that's come in contact with that fluid has to be treated."

Bates praised the activity on site, saying it has improved after a slow start.

"There's a better effort on the ground and they're taking more active measures to prevent (bitumen) getting into the lake," he said.

A small, unnamed lake sits near the spill site and is being monitored for any seepage.

Bates said Nexen has given the band's representatives full access to the site and has shared clean up plans with them.

"We're pretty happy with that," he said. "But there's still concern in our community."

Nexen's website said Sunday that a small tank farm has been built on the site for the collected fluids and that officials from the regulator have reviewed the company's environmental clean-up plan.

Testing of soil and water from in and around the site is conducted daily to make sure contaminants aren't reaching any local water bodies, Blanchette said.

"There's been a lot of rain, so it's very important they keep testing. Containment is a big, big part of what we require from them in terms of plans.

"There's a recognition that this is going to take some time to clean up."

The spill was spotted Wednesday by a contractor after the company's automated monitoring system failed to report the breach.

On Friday, Ron Bailey, Nexen's senior vice-president of Canadian operations, said the company was investigating the system failure and apologized for the impact of the spill.

Blanchette said the regulator's investigation will consider why the relatively new section of pipe leaked as well as why the warning system failed. She said the pipe will soon be purged and removed for forensic testing.

"I was amazed at how big it was. You read five million litres but when you go out and see it, it's something else."