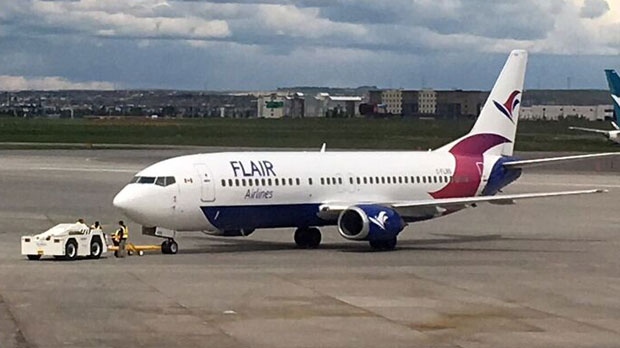 Flair Airlines, based in Kelowna, aims to become the country's third major airline by offering ultra-low cost flights to a number of destinations. (Supplied)

Citing “disappointing load factors,” the ultra-low-cost carrier based in Kelowna, B.C., called an abrupt halt to service from Edmonton, Winnipeg and Toronto to destinations including Miami, Tampa Bay and Palm Springs.

The suspensions are effective this Thursday and come barely two months after the airline announced the new routes in a cutthroat North American market.

Flair chief executive Jim Scott said in December that predatory pricing and scheduling by WestJet cost his budget carrier $10 million over four months and placed it in jeopardy as a “David and Goliath” battle culminated in an investigation by Canada's competition watchdog.

On Dec. 11, the Federal Court of Canada's chief justice ordered a WestJet vice-president to appear before the Competition Bureau to explain the airline's tactics.

Flair says it is in the process of contacting all affected passengers and providing them with full refunds or alternative travel arrangements.