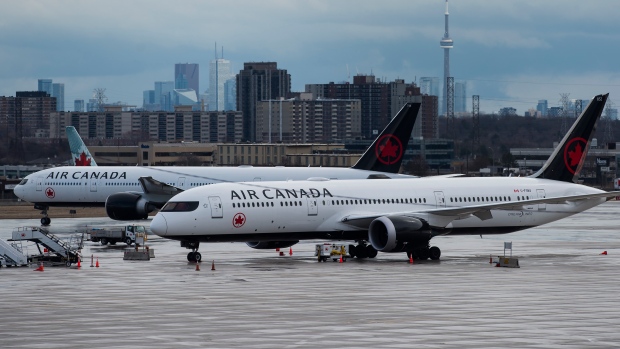 Ontario Premier Doug Ford is calling on the federal government to support the replacement of its 14-day quarantine measure for international travellers with rapid COVID-19 testing.

The premier made the comments at a news conference on Monday, saying that the province would move forward with its own plans to implement the replacement if the federal government chooses not to.

“I want to start getting people tested as they're coming off rather than isolating for 14 days. Let's get them tested immediately when they come off the plane and test them again five or six days later,” Ford told reporters.

The Alberta government announced last month its plans for a pilot project that would allow international travellers to forgo the federally mandated two-week quarantine period for a rapid COVID-19 test.

The pilot project, developed in partnership with the federal government and Canada’s travel industry, began in November at both Calgary International Airport and the Coutts border crossing.

Under the plan, international travellers receive a COVID-19 test upon entering Canada before going into quarantine. If the test comes back negative, those travellers are allowed to leave quarantine but will have to take another test six or seven days after their initial arrival.

After the October announcement, the premier said he would be open to implementing a similar measure in Ontario, and is keeping “a really sharp eye on what's going to happen out in Calgary.”

Ford said he would plan to “put people” in the province’s two largest airports in Toronto and Ottawa and at some border crossings to implement the rapid testing, and added that he hopes the federal government will support his plans.

“I would really like their support and I want action on this as soon as possible,” he said during Tuesday’s announcement, where he also congratulated U.S. presidential candidate Joe Biden on the election results this past weekend. “I look forward to working with anyone who has the best interests of Canadians and Ontarians at heart,” Ford said.