Ford government to table budget on Nov. 5 following months-long delay due to COVID-19 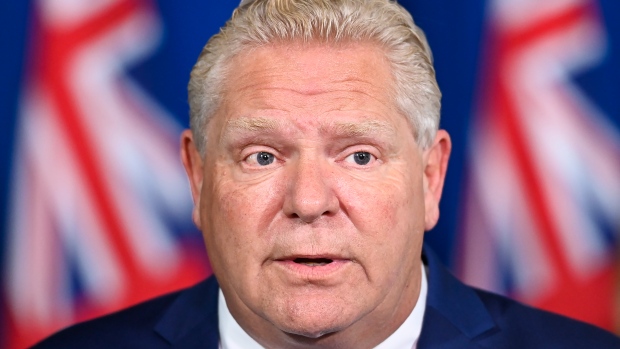 The Ford government has announced that it will table its pandemic-delayed budget on Nov. 5.

The Ford government originally planned to table a budget in March but it postponed its release due to the COVID-19 pandemic and instead provided a “fiscal update” that only provided a one-year snapshot of the government’s finances.

On Monday, Finance Minister Rod Phillips said that the budget slated to be released on Nov. 5 will provide a fiscal roadmap for the next three years but will do so based on ”three plausible economic scenarios” to account for the fact that the road ahead will remain unclear until a vaccine is developed.

He said that the budget will also “make available every necessary resource to continue to protect people’s health going forward,” building on the $30 billion that the province has already put towards its response to COVID-19.

“We know that surges in cases and even future waves are to be anticipated until we have a vaccine and we know that people and employers will continue to need support until we are on the road to recovery,” he said.

Phillips has previously said that the deficit is projected to increase to $38.5 billion this year due to the pandemic and that the province won’t be able return to balanced budgets by 2023, as promised.

On Monday, he said that November’s budget will be followed by another full budget by the end of March that will outline “a plan to return Ontario to a fiscally sustainable path.”