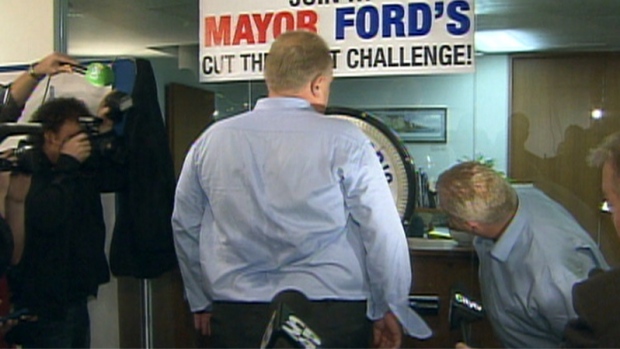 The portly mayors of Calgary and Toronto are betting their weight on Sunday’s 100th Grey Cup game in Toronto.

Nenshi issued the challenge via Twitter late Sunday in Calgary.

“The loser donating their weight in food to the winner's food bank. Plus jersey swap for a council mtg. What say you, @tomayorford?” Nenshi tweeted using the hash tag ‘mayorbet.’

The tweet came after Nenshi took to Twitter Sunday night to ask Calgarians what challenge he should issue to Ford after the Argos secured a place in Sunday’s Grey Cup game by defeating the Montreal Alouettes 27-20.

“Answer me this, fair Calgarians: what should I bet @tomayorford on the #100gc?” Nenshi posted.

After considering a number of suggestions a few hours later, Nenshi settled on the food bank challenge.

The Argonauts are set to face the Calgary Stampeders in the 100th Grey Cup in Toronto Sunday.