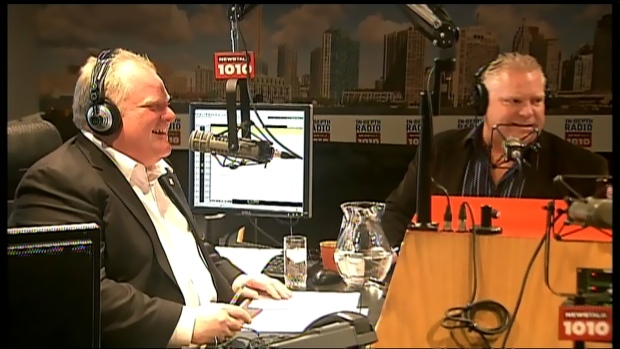 Doug Ford has told The National Post that the pair will begin an online series called "Ford Nation."

That was also the name of their recent one-episode show on Sun television.

Ford says they plan to upload the first episode to YouTube before Christmas.

He also says the Ford brothers have been contacted by production houses in the U.S. about doing a reality show -- "everyone from Oprah to Dr. Phil."