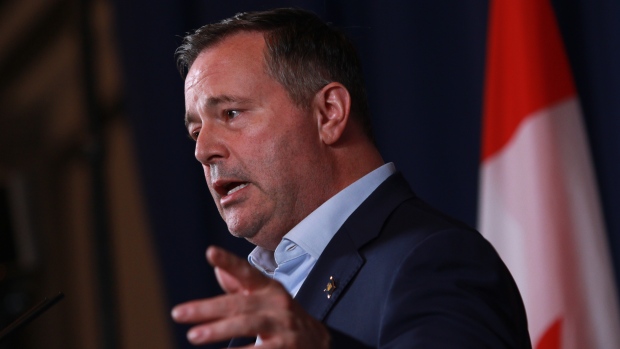 EDMONTON - Former Alberta premier Jason Kenney resigned as a member of the legislature on Tuesday, the same day his successor introduced her flagship sovereignty bill in the legislature, of which he had been a staunch critic.

In a signed letter posted on Kenney's verified Twitter account, he says the resignation is effective immediately and that it has been a privilege to have represented the constituency of Calgary Lougheed since 2017.

“In the future, I hope to continue contributing to our democratic life by sharing some of what I have learned on a range of issues, including immigration, national security, Indigenous economic development, the state of the federation, economic growth, energy and much more,” Kenney wrote.

“But for now, I close with this reflection. Whatever our flaws or imperfections Canada - and I believe Alberta - are in many ways the envy of the world. This is not an accident of history.”

Kenney, also a former federal cabinet minister who spent 25 years in elected life, praised how matters are dealt with under Canada's constitutional monarchy.

“But I am concerned that our democratic life is veering away from ordinary prudential debate towards a polarization that undermines our bedrock institutions and principles,” he wrote, decrying the far-left's efforts to “delegitimize our history” and the far-right's “vengeful anger and toxic cynicism.”

Kenney announced in May that he was quitting as leader of the governing United Conservative Party following a leadership review, and he was replaced by Premier Danielle Smith.

Kenney was a harsh critic of Smith's sovereignty act proposal during the leadership race.

On Tuesday, details of that legislation were revealed.

The bill would give Smith and her cabinet broad powers to rewrite provincial laws behind closed doors in an effort to push back against Ottawa, rather than having such changes debated in the legislature.

This report by The Canadian Press was first published on Nov. 29, 2022.