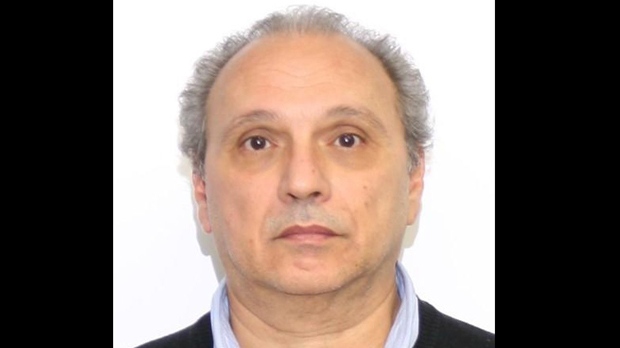 Michael Geremia, 60, is shown in a handout image from Toronto police.

A former music teacher at a Catholic high school in Scarborough has been charged in connection with the alleged sexual exploitation of a minor about 20 years ago.

Toronto police say that they were recently made aware of a victim who was allegedly sexually exploited while attending St. John Paul II Catholic Secondary School in Scarborough between July 1997 and May 1998.

The victim reported multiple instances of sexual misconduct to police.

On Dec. 15, police arrested a suspect identified as Michael Geremia, now 60, and charged him with one count of sexual exploitation.

He was released on bail with “strict conditions,” police said Friday, and is scheduled to appear in court next at 1911 Eglinton Avenue East on Jan. 31, 2018.