TORONTO - Former Toronto mayor and businessman Mel Lastman was remembered Monday as a larger-than-life man who loved his family, community and city.

Lastman, who had a career in municipal government that spanned three decades, died on Saturday at the age of 88. Family members paid tribute to him at a funeral service in his beloved city.

His son, Dale Lastman, said his father's health deteriorated greatly after his mother died on Jan. 1, 2020.

“I only know that my dad's love for my mom was so strong, so powerful, that he really could not bear the thought of living one single moment without her,” he said at the funeral.

“My dad stopped living on Jan. 1. He was physically healthy, but his mental faculties began to deteriorate almost immediately and progressed with alarming speed.”

Dale Lastman went on to describe his father as “a largely uneducated man who started with absolutely nothing except a dream.”

Mel Lastman, a high school drop-out, owned and ran Bad Boy - a furniture store known for its tagline “Who's better than Bad Boy? Nobody!” - before he shifted his focus to politics in 1972.

His other son, Blayne Lastman, said Monday even as a kid he long dreamed of reopening Bad Boy, and 30 years after doing so, is happy that he did.

“I opened a new relationship with my dad that I didn't know existed. He worked with me, gave me hell many times and the odd time, compliments,” Blayne Lastman said.

“He had an energy about him that was infectious and contagious.”

Blayne Lastman added that family came first for his father, who shared several life lessons with his children, grandchildren and great-grandchildren.

“My father taught us that nothing and no one is too big or too small,” he said. 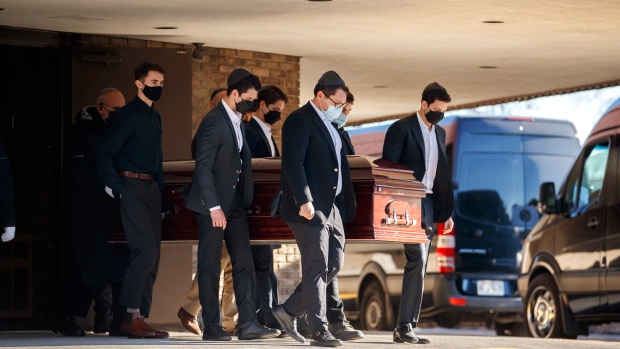 As beloved as he was brash, Mel Lastman served as mayor of North York for 25 years before the suburb was amalgamated into Toronto.

Lastman made headlines throughout his career for a series of gaffes and scandals, pleading with the Spice Girls to stay together and suggesting he was concerned about a diplomatic trip to Kenya because of his fear of snakes.

He also claimed that there were no homeless people in North York around the same time that a woman experiencing homelessness was found dead at a North York gas station, and called in the army to help with snow removal during a major Toronto snowstorm in 1999. 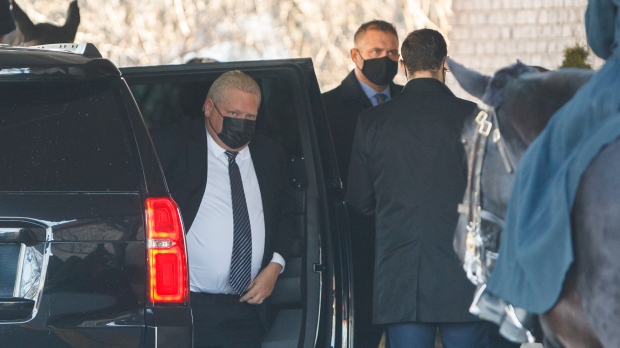 Federal Public Safety Minister Marco Mendicino, who was among other public figures at the funeral, said despite his political missteps, Lastman was someone that the people of Toronto adored, describing him as “pied piper.”

“He walked on the street and people would just start gathering. And I think the reason that that was true was that people related to him,” Mendicino said.

“And I think, to the extent that we see that in our politics, it's a good thing. We don't always agree. Certainly there are disagreements, and in a healthy democracy, there should be. But when people can relate to those of us who serve, it's a good thing.”

Dale Lastman echoed those remarks, adding his father “loved people as people and treated everyone with respect.”

“People didn't love him because he lowered their taxes, or got their sidewalk shovelled, or he was famous. They loved him because they identified with him,” he said.

Flags at Toronto City Hall were also flying at half-mast Monday in honour of Lastman.

This report by The Canadian Press was first published Dec. 13, 2021.

Pallbearers carry the casket of former Toronto mayor Mel Lastman as it's loaded into a hearse at Benjamin's Park Memorial Chapel in Toronto, Monday, Dec. 13, 2021. THE CANADIAN PRESS/Cole Burston