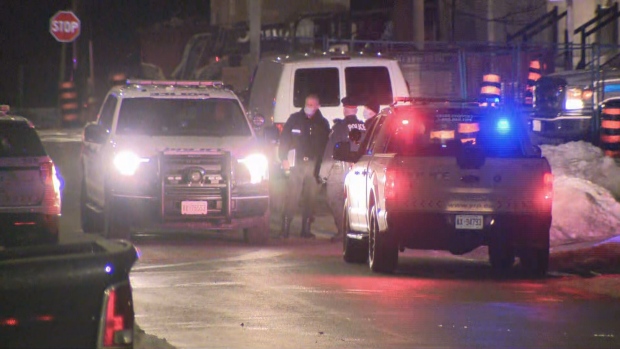 Police say that a domestic homicide in Richmond Hill on Wednesday night unfolded with the couple’s four children at home.

Officers were called to a residence on Bond Crescent in the area of Yonge Street and King Road at around 7:45 p.m. for an unknown trouble call.

When officers arrived on scene they located a 41-year-old woman with multiple stab wounds. She was pronounced dead on scene.

Her partner, a 49-year-old man, was also found with unspecified injuries and taken to hospital. He has since been charged with first-degree murder.

In a news release issued on Thursday morning, York Regional Police said that the couple’s four children, who are all between the ages of nine and 19, were home at the time of the homicide. They say that they were not physically injured.

Police are not naming the victim or the accused in order to protect the identities of the children.

“Investigators are appealing to anyone with information to please come forward,” police said in the release.