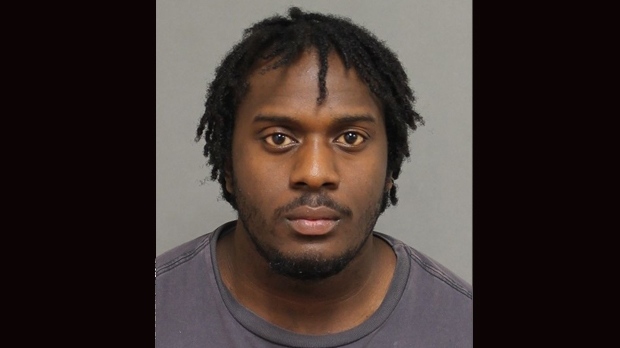 According to investigators, two girls, ages 15 and 16, were allegedly recruited and forced to work in the sex trade over a four-day period.

Police allege that the first victim was contacted by a man through social media and after communicating with him for an undisclosed amount of time, the man coerced her into working in the sex trade.

Investigators say the man brought the teen to a city outside of Toronto, where another girl was recruited.

The teens, police say, were taken back to Toronto and one of the girls was sexually assaulted.

Over a period of four days, police say the girls were forced to work in the sex trade and hand over the cash they earned to the man.

Police learned about the case after the family of one of the girls contacted officers.

Toronto residents Jahdine Desir, 19, Dane Cato-Simpson, 22, and Tahje Tucker, 18, are facing several charges, including procuring/exercising control over a person under 18, material benefit from sexual services provided by a person under 18, and accessing child pornography.

A fourth man, identified by police as 45-year-old Sukminder Lota, of Brampton, has also been charged with two counts of trafficking of a person under the age of 18 by exercising control, and financial/ material benefit from trafficking in persons under 18 years.