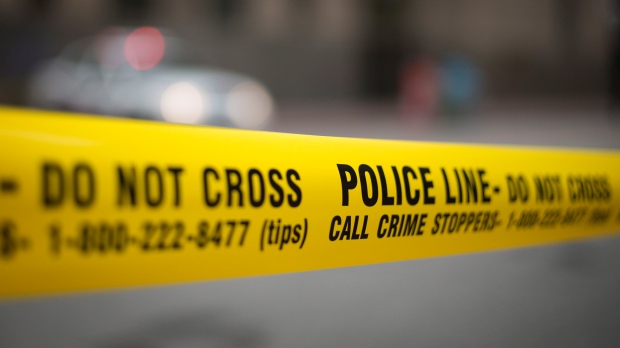 Police tape is seen in this undated photo.

RICHMOND, B.C. - Four people have been found dead at a home in Richmond, B.C., in what police describe as a targeted shooting.

The Integrated Homicide Investigation Team said Wednesday that officers were called to the home on Tuesday evening after receiving a complaint.

Police officers could been seen in the front and backyards of the home.

A police dog was searching for evidence on the grassy median in front of the home that divides the busy street.

Investigators said the shooting is not believed to be related to an ongoing gang conflict in the Lower Mainland.

“The identities of the victims are not being released at this time, but they are believed to have known each other,” police said in a news release.

The homicide team says it is checking to see if closed circuit TV will help in its investigation.

The shooting is thought to have happened at about 7 p.m. on Monday, and police are also asking for witnesses or anyone who may have video from the area to come forward.

“It is a traumatic incident the community is waking up to,” said Sgt. David Lee in the release. “We hope to provide the community with answers soon.”

The home is on a block where several properties have been abandoned or have signs that say they are part of a proposed land assembly deal.

The B.C. Assessment Authority says the two-storey duplex is valued at more than $2.1 million.

A sign on a chain-link fence down the road from the home indicates part of the block is being redeveloped into condominiums and retail space.

Neighbours on either side of the home either didn't want to speak to the media or didn't answer their doors.